You are at:Home»International & Pro»Game schedule released for Olympic softball in Tokyo

The Tokyo Organizing Committee on Friday announced the game schedule for the postponed 2020 Olympics that are set to take place in 2021.

Softball will be the first sport to be played at the postponed 2020 Games, and will kick off on July 21st with a matchup between Australia and host nation Japan.

By the time that the Olympic Opening  Ceremonies officially take place on July 23rd, the softball slate of games will already be 40% completed. Preliminary round games are set to take place from July 21-26, with no games on the 23rd due to the opening ceremony.

The first two days of softball games are scheduled to be played in Fukushima, a region that, according to a WBSC release, “has been undergoing a continued regeneration following the devastating 2011 Great East Japan Earthquake.” The remainder of games in the tournament will be played in Yokohama.

All six participating countries will play one another in the preliminary round; following five days of games in that round, the top two teams will play in the gold medal game, while the 3rd- and 4th-ranked teams will play head-to-head for the bronze medal.

The full softball schedule for the Tokyo Olympic Games: 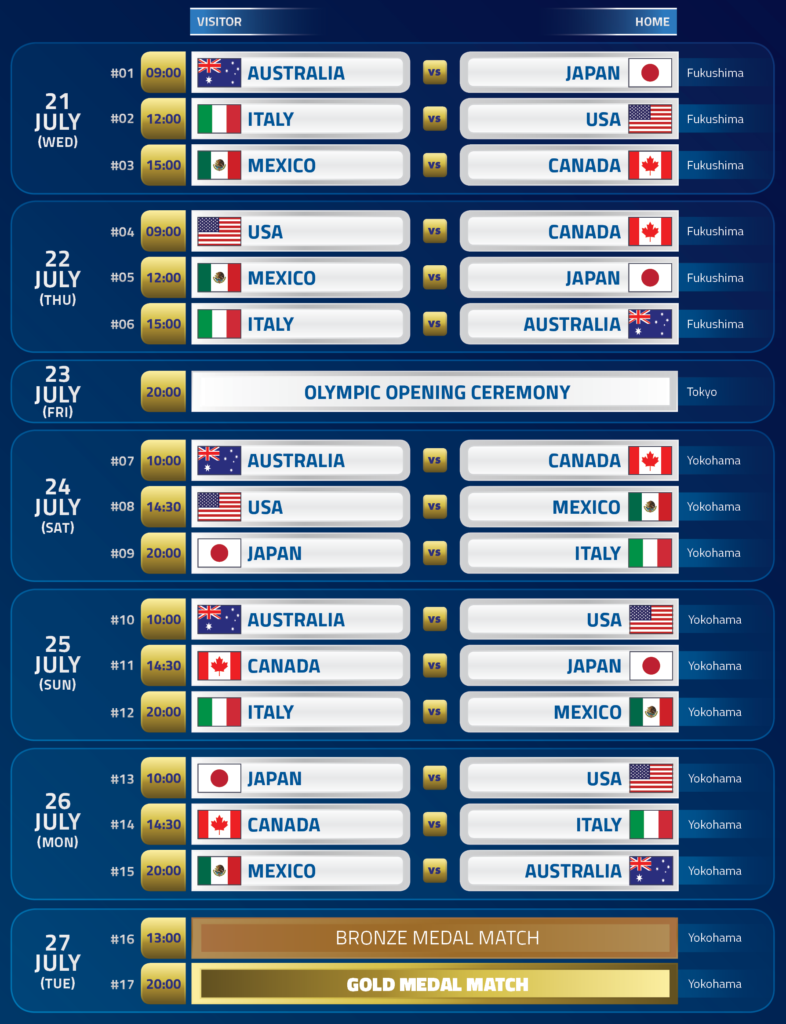