You are at:Home»College Coaching News»Michael Lewis to be named Virginia Tech assistant coach

Michael Lewis will be named the new assistant coach at Virginia Tech, sources confirmed to JWOS on Wednesday. 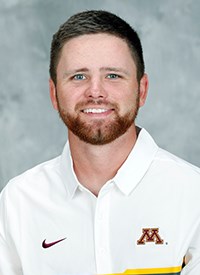 Lewis joins the Hokies’ staff after a stint on staff at Minnesota. He began his tenure with the Golden Gophers as a graduate manager before being promoted to the role of volunteer assistant coach. He was part of the staff that led the Gophers to a berth in the 2019 Women’s College World Series.

Prior to his tenure in Minneapolis, Lewis spent three years on staff at Missouri-Kansas City, including two years as an assistant coach for the Roos.

A longtime men’s fastpitch player, Lewis has played both international and professional softball. In 2012, he was a part of the US Junior Men’s National Team that finished fifth at the World Championships.

Virginia Tech finished the 2020 season with a 21-4 overall record, with an undefeated 3-0 record in conference play before the COVID-19 pandemic brought an abrupt end to the campaign. Lewis replaces Kirin Kumar on the Hokies’ staff.