Following the sudden and unexpected firing of head coach Kayla Lucas last week – a move that JWOS exclusively reported on – the members of the Young Harris college softball roster have released a public statement.

Published by numerous members of the team’s roster on their personal social media accounts, the statement expresses strong support for Lucas and her work with the team both on- and off-the-field.

Multiple sources additionally confirmed to JWOS that, though not referenced in the statement, a contingent of affected persons have expressed to school officials their dissatisfaction with the termination. On Thursday, the school spoke about Lucas’ firing for the first time, releasing a two-paragraph statement that gave no context nor explanation for the move.

Under Lucas’ guidance, the Young Harris program reached the D2 National Championship in 2019 and finished the year as national semi-finalists. The Mountain Lions reached the NCAA tournament four times under Lucas’ tutelage and posted a 204-96 record during her tenure, including a 76-36 conference mark.

The full statement from the YHC players is reprinted below. 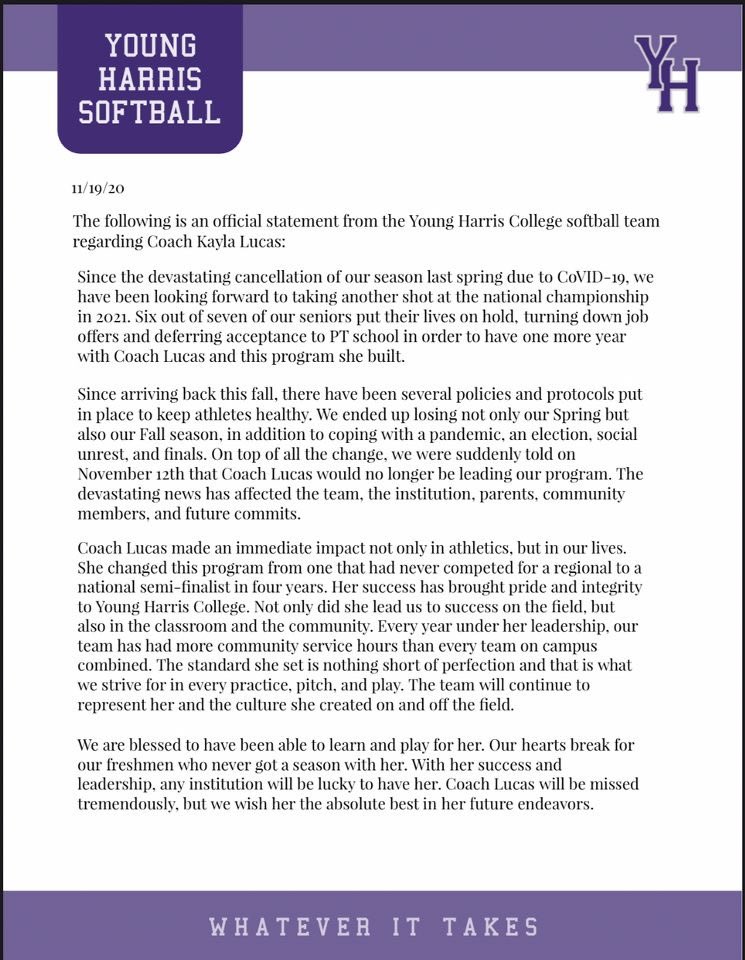