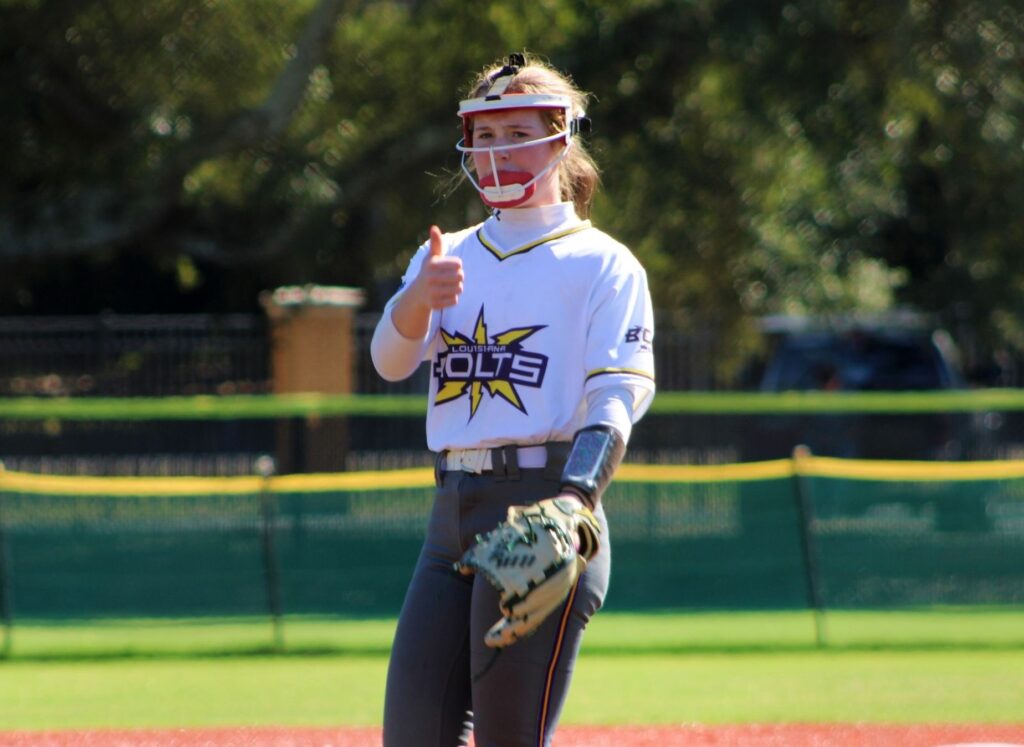 After initially planning to spend the weekend at home and enjoy a little bit of “down time” before the college season begins, an invitation to the Top Tier Exposure Tournament in Monroe, Louisiana in my hometown was too good to pass up.

The two-day tournament was small, but included some quality talent. Here are five players who had noteworthy performances.

Nichols didn’t play on Saturday, but in her one day of action on the weekend, she looked sharp. Her team played three games on the day – in the first, she knocked a long home run to almost dead center and later started in the circle for the final game of the day. A couple of batters was all that it took for Nichols to settle in in the circle and her pitching was solid; she also made solid contact in most of her at-bats on the day. She’ll head to Louisiana-Monroe next fall.

Small in stature but a large presence on the field, Creighton looked really good in the circle for her team. Even as she was running out of gas at the end of the weekend, Creighton was still locating her pitches well. In her team’s first game of the weekend, Creighton was zipping and zinging the ball well and also provided a spark for her team on offense, reaching base and creating havoc on the basepaths. She made good contact at the plate all weekend.

Another D1vision player with an eye-catching performance was Bethel, whose best endeavor of the weekend came on Sunday when she threw a perfect game. An Eastern Kentucky commit, Bethel was up-and-down at times on the weekend, but saved her best performance for Day 2 of the tournament. When she was “on”, she was really on, locating pitches well and overpowering hitters. Not every day you throw a perfect game, either…

Lambert looked sharp in the circle against the Marucci Patriots, mowing down opposing hitters while her offense put together an offensive onslaught on the other side of the ball. Lambert, a Tioga High School sophomore, also plays on both sides of the ball and took her hacks at the plate while she was performing well in the circle.

On Saturday, Clark officially announced her commitment to Iowa and later appeared both at the plate and in the circle for her own D1vision squad. While it took her a bit to find her rhythm in the circle, once she found it, she was rolling. Her stroke at the plate also looked really solid, and the athleticism she possess was impressive. As one coach put it, Clark is one of those players that a college team wants because she’s just a top athlete.