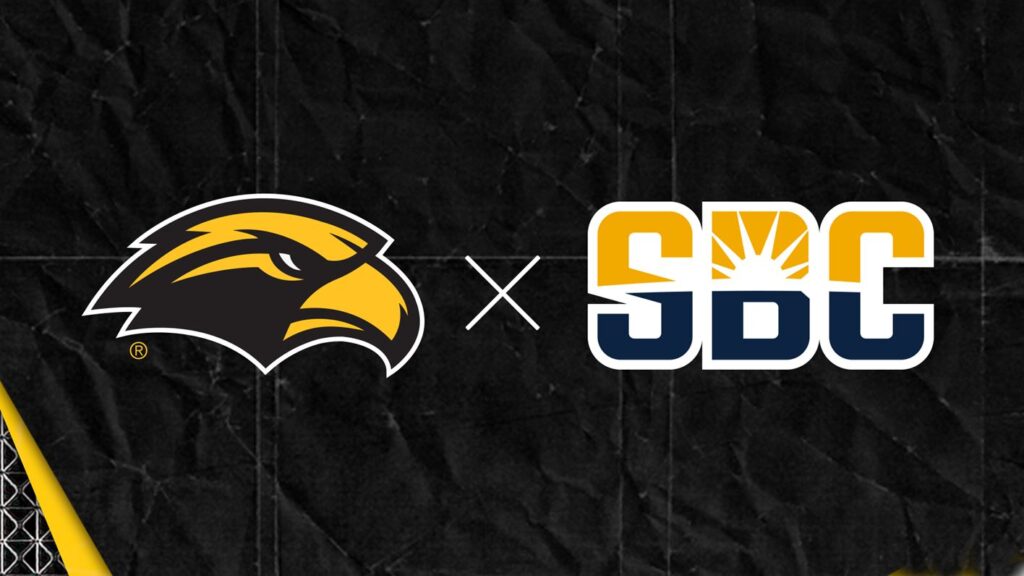 The worst-kept secret in conference realignment was made official on Tuesday afternoon when Southern Miss officially announced their new membership in the Sun Belt Conference. The Golden Eagles will become full-fledged Sun Belt members no later than July 1, 2023.

Southern Miss’ move from Conference USA to the Sun Belt is the first of several widely-expected similar moves that will take place over the next couple of weeks. Old Dominion – which does not sponsor a softball program – and Marshall are also expected to leave the C-USA and join the Sun Belt.

James Madison is said to be the fourth member of the realigning group and is expected to leave the Colonial Athletic Association and follow their regional compatriots to the Sun Belt. Both Marshall and James Madison are going through individual approval processes before making their respective moves official, according to various media reports.

For the time being, the only official move is the one made by Southern Miss on Tuesday. The Golden Eagles had been members of Conference USA since 1995, one of two charter members still remaining in the league. They will now join the Sun Belt’s West division, assuming all planned team additions are completed without hindrance.

Speaking strictly from a softball perspective, the addition of Southern Miss alone doesn’t seem to shake up the Sun Belt softball scene too severely. It does add a lot of history to the league; Southern Miss is one of only a handful of mid-major programs to reach the Women’s College World Series in multiple years, having done so in 1999 and 2000 when Lu Harris-Champer was head coach and behind the pitching arm of the legendary Courtney Blades.

In recent years, Southern Miss has not duplicated that same success – the program did see a pair of players, Alyssa Davis and Destini Brown, named to the all-conference first team following the 2021 season that included Davis leading the league in RBIs.

Golden Eagles head coach Brian Levin was largely successful during his stint as head coach at Division II Missouri-St. Louis and with the Akron Racers of the now-defunct National Pro Fastpitch league. Prior to Southern Miss, he led Belmont to the postseason for the first time as a Division I program and now enters his third season in Hattiesburg.

While the on-field product of the last several years might make it look like USM doesn’t have much to offer in the vein of competitive softball, think again. A program steeped in history and one that doesn’t shy away from a competitive schedule is only going to boost the Sun Belt’s softball offering.