Rounding the Bases with Mollie Paulick 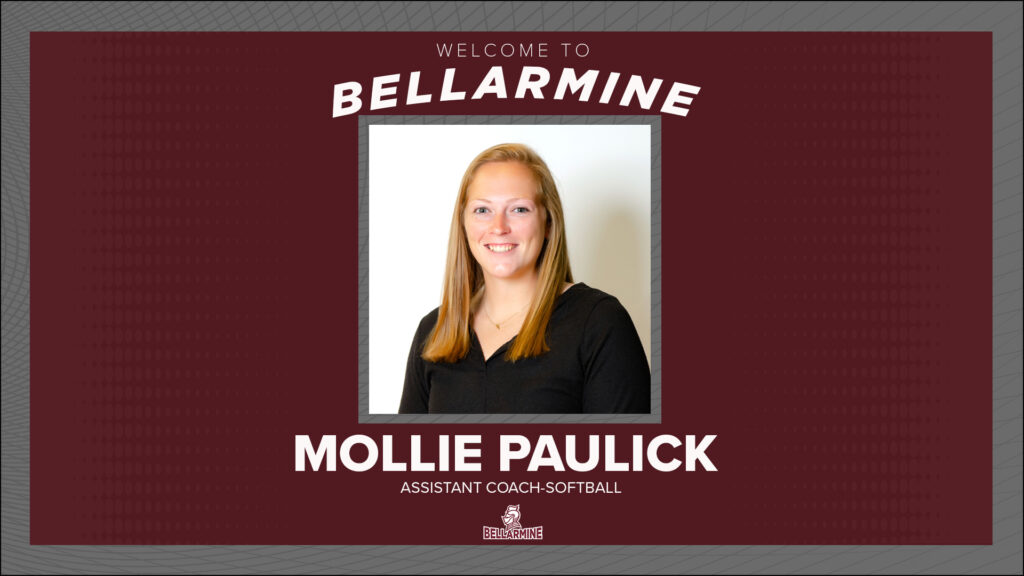 For the last five years, Mollie Paulick led the Eastern Kentucky Colonels from the pitching circle. Opponents never hit better than .240 against her in a single season, earned double-digit wins in all five seasons of her career – including her ‘super senior’ season – and recorded more than 650 career strikeouts.

After completing her playing career, Paulick didn’t waste time in entering the coaching world and she didn’t have to go very far to take on the new title, either – in August, she was announced as the new assistant coach at Bellarmine.

Recently, after she got the first several weeks as Coach Paulick under her belt, Paulick talked about beginning her coaching career; playing and coaching in the same region as her hometown; and moving directly from her playing career to her coaching career.

JWOS: When did you know that you wanted to pursue a career in coaching?
Mollie Paulick: I always knew that I wanted to coach when I got done with school. I wasn’t sure where my skills would lead me, whether that was a strength coach or a coach in another capacity for a university team. That decision really became even more clear after my experience working with the coaching staff at EKU. I did my internship with them my sophomore year. I asked a ton of questions and it helped me gain insight to all the things that a coaching staff does behind the scenes to create a great team and coach players at the next level. Once I gained that perspective, I knew that is what I wanted to do once I graduated.

JWOS: Did you have any qualms or uncertainties about going directly from being a college athlete to being a college coach? Has there been much of a learning curve that you’ve had to process since you got to Bellarmine?
Paulick: I was never super worried about that immediate transition into coaching after being a college athlete. When I began my 4th and 5th (COVID year) year as a player, I was ready to teach and learn more from the other side of the game. I knew that I would have to separate myself as a leader because I am still very young in my career, but I didn’t think it would be a problem for me personally. The biggest learning curve for me has been more about the dynamics of working for a coach I hadn’t worked with previously and learning my way around a new University program. Coach Hicks has been awesome and let me dive right into the team responsibilities. I am grateful that she has allowed me to gain traction early and let me have a full range of responsibilities despite length of experience as a coach. I’m learning so much about the coaching world, while leaning on my experience as a player to teach and help impact the team.

JWOS: How important was it for you to begin your coaching career in the Midwest/southern region where you spent your playing career and where you’re from?
Paulick: I am very close to my family and that was a factor in looking for a coaching position.  The Midwest/southern region would be ideal for that close travel, but I was also looking for a program that supported a family mindset for me personally. The Bellarmine coaching position offered me the ideal situation for both of those things.

JWOS: I asked you about potential downsides of going directly from your playing days to coaching, but what about upsides? Among others, I imagine the fact that you’re closely familiar with every “local” team’s scouting report is of benefit?
Paulick: The upsides of me coming right from playing is the team/girls know that I just got done with my own college career. I have credibility with the things I’m trying to teach them, and I’m not expecting them to do anything that I haven’t worked hard for or done myself. Whether that is with their fitness program or long days in the office we are here to support them. Another upside is that I still speak a language that makes sense to a player and reduces their learning curve in execution of the drills. I know what worked for me and my teammates. I can personalize the drills to impact each of these individual players where needed. Lastly, I do think my familiarity of this area gives me the ability to recruit top notch players to impact this program, but more importantly, I know what it takes to be successful at the D1 level after playing against some of the best players for 5 years. I am playing in the conference that I just left, and I know these other teams and what it will take to be success against them.

JWOS: What’s your favorite memory from your playing career?
Paulick: My favorite memory is probably when we won our conference tournament this year. That tournament win displayed true teamwork. We had each other’s back, and it took all of us to get there. Our pitching staff did our job. I love that team so much, we really grew as people, not just players. I also think this year I learned the most about myself personally and professionally.  I battled an injury this final year, and early in the season I knew my role would be different. That experience taught me great lessons about adversity and that got me even more excited about transitioning to the coach role.

JWOS: Describe your coaching style to me. What do you feel are your biggest attributes as a coach?
Paulick: I would describe my coaching style as the person that will push you but is also there to catch you when you fall. I hold players to a high standard and have expectations that include controlling effort and attitudes on the field and during practice. I get to know the individual player and help design that coaching approach around what they want to achieve. I talk a lot with players to understand what they are thinking and what they want. On-going conversations are crucial to the success of the program. The more we can work a plan together, the more the players will be invested in the results.

JWOS: If we have this conversation a year from now, once you’ve got a full season under your belt, what needs to have happened for you to be able to say ‘this was a successful year’? What defines that for you
Paulick: In a year, if I’m gauging success over the last 12 months, it would include player growth from hard work and by trusting the process to get there. This will lead to team wins in different ways. Most importantly, we will compete in the conference against teams that we perhaps viewed as “stronger than us” the previous year. I want the team to grow by understanding effort and attitude can compete with any team we face and the belief that we can compete with them will lead to success.