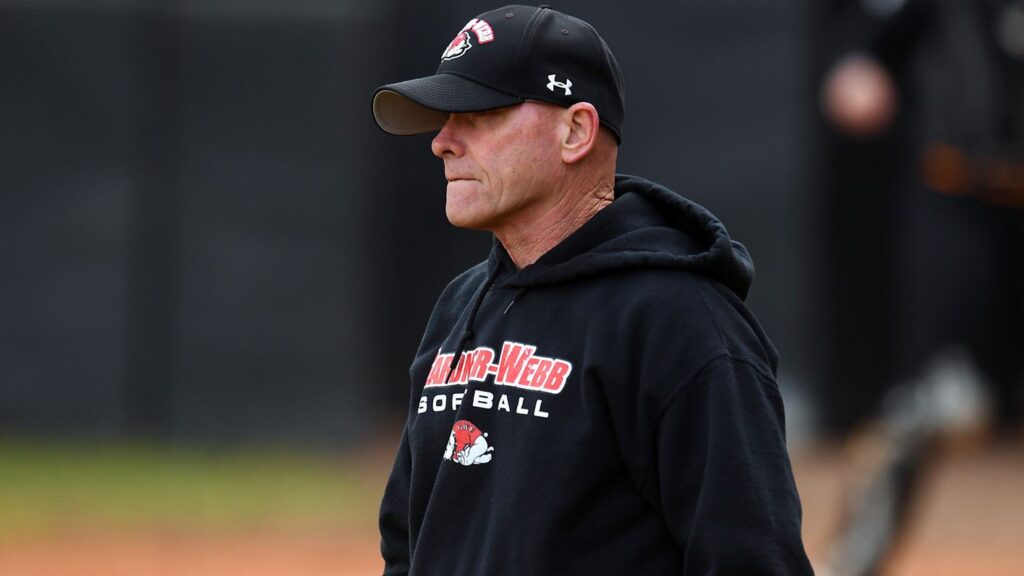 Tom Cole has resigned as the head coach at Gardner-Webb, sources confirmed to JWOS early Wednesday.

The school made the departure official in an announcement on Wednesday morning. Lani Ries, a program alum and currently associate head coach, will serve as interim head coach through the remainder of the season.

Cole, who spent two decades leading the Runnin’ Bulldogs, stepped down prior to Tuesday’s game against Campbell, per sources. Gardner-Webb and Campbell are playing a 3-game, midweek conference series this week.

A veteran coach with more than two decades of tenure at GWU, Cole recorded over 400 career wins during his time leading the Runnin’ Bulldogs. He earned his 400th win with the program in 2019, and his 500th career victory in 2018.

The 2004 Atlantic Sun Coach of the Year, Cole guided the Runnin’ Bulldogs through the transition to  full Division I membership in the early 2000s and into membership in the Big South in the late 2000s. In 2007, Cole spent a brief tenure as the coach of the Michigan Ice professional softball team.

Prior to assuming the helm of the GWU program, Cole was the head coach at Division III Elmhurst College in Illinois. He became the winningest coach in that program’s history during his 5-year tenure. He also spent time as an assistant on staff at Kutztown University and in a number of role, including softball coach, at Broward Community College in Fort Lauderdale.

Gardner-Webb started the 2020 season on a hot streak, boasting a 24-5 record before the season abruptly ended due to the COVID-19 pandemic. The program is now 4-19 to start the 2021 season, and have a 3-9 record in conference play.

A request for comment from Gardner-Webb on the reasoning for Cole’s departure was not immediately returned.