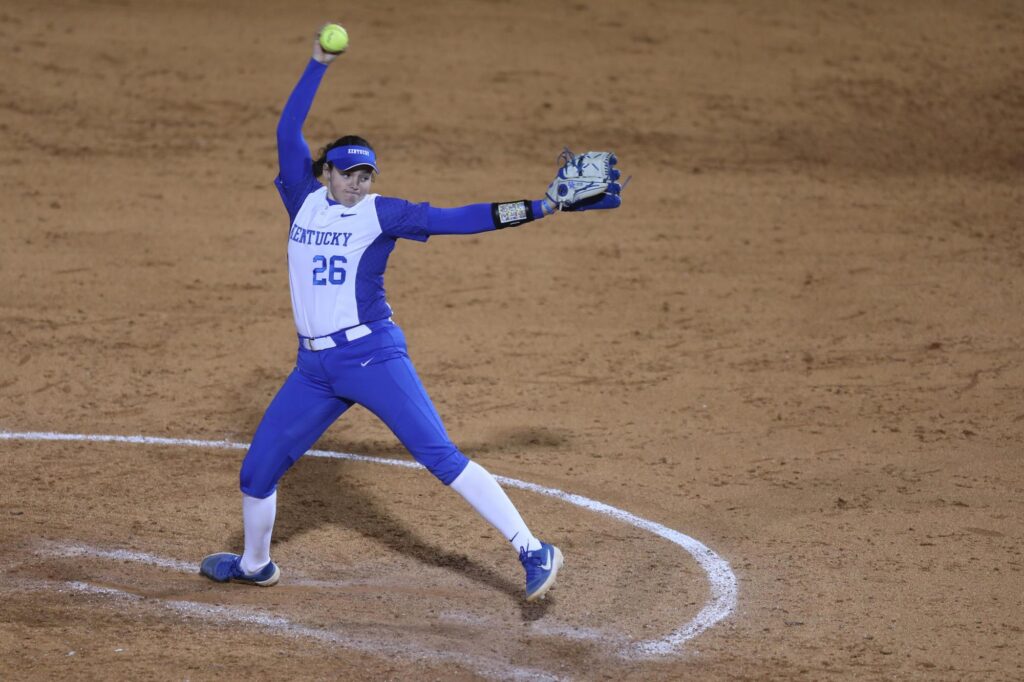 Former Kentucky pitcher Meghan Schorman has elected to transfer to become a Ragin’ Cajun, she announced on social media on Tuesday.

“First I just want to say that it is okay to change your mind,” Schorman wrote on Twitter on Tuesday morning. “I’m at the point in my life where i’m (sic) constantly changing my mind and that’s okay. I’m excited to announce I will be continuing my academic and softball career at the University of Louisiana Lafayette.”

As hinted in her tweet, the decision is an about-face from a previous announcement; on April 8th, Schorman announced that she had elected transfer to Missouri. “To say the transfer process has been a roller coaster of emotions does not even explain the half of it. A lot of tears have been shed and I’ve been very indecisive,” Schorman posted on social media in announcing her initial transfer. The Tigers did not officially announce Schorman’s addition.

Now, less than two weeks later, the former Wildcat has gone in a different direction.

Schorman entered the portal on February 18th after departing the Kentucky program that same week. She did not appear in any games for the Wildcats during the 2021 season.

In 2020, Schorman pitched well early in the season and earned wins over Minnesota and Liberty during her team’s opening weekend of play. She recorded seven victories in the circle during the shortened season, and led the team in ERA.