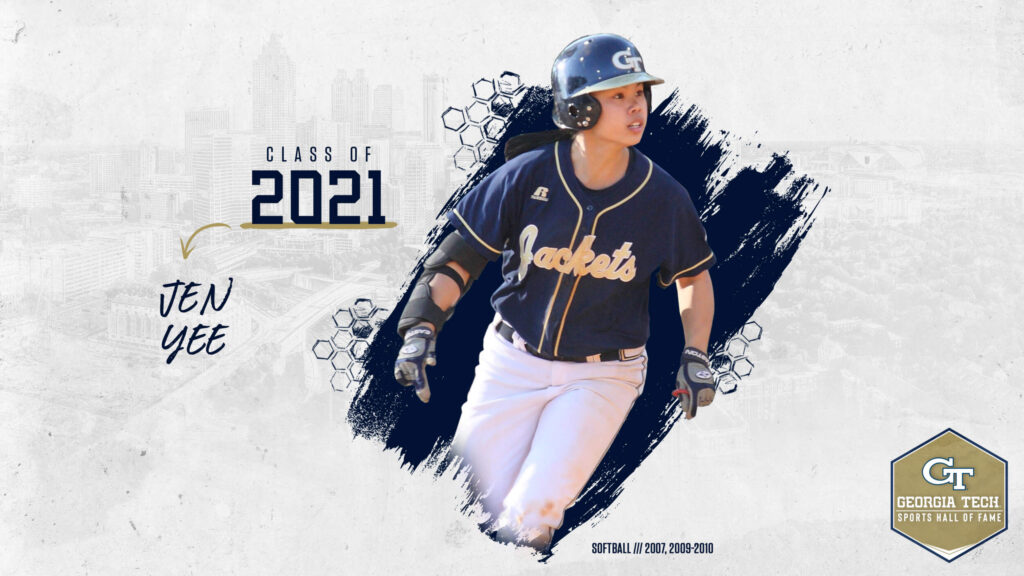 Georgia Tech great Jen Yee has been elected to the Yellow Jackets’ Hall of Fame as part of the Class of 2021.

Yee played for the Yellow Jackets from 2007-2010, with a one-year gap in 2008 to participate in the Beijing Olympics as part of Team Canada. She still holds the Georgia Tech program records for batting average (.425) and runs scored (229), among others.

During her career, Yee led the Yellow Jackets to back-to-back ACC regular-season and tournament championships in 2009 and 2010. She was named a First-Team All-American in 2010 and earned ACC Player of the Year honors that same season.

Additional all-time records held by Yee include career slugging percentage (.814) and on-base percentage (.552). She also ranks second in Tech program history in doubles, with 46, and fourth in career home runs with 54.

The 2021 induction class marks the third straight year that a former Yellow Jacket softball player will be inducted into the Hall of Fame. Yee’s election follows those of Caitlin Lever (2019) and Aileen Morales (2020).