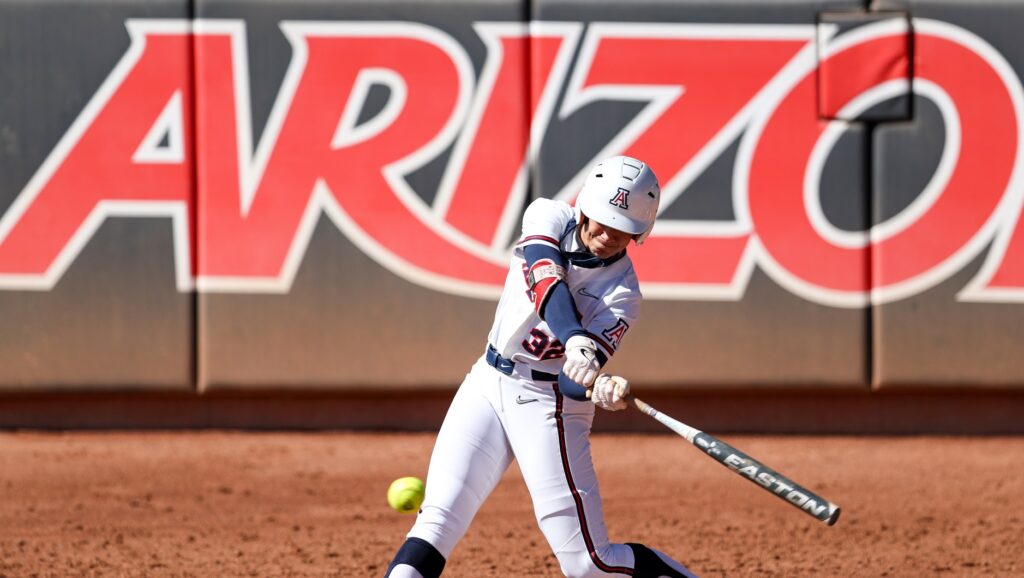 Palomino-Cardoza was injured during the Wildcats’ series opener against Arizona State; while attempting to beat out an infield ground ball, Palomino-Cardoza appeared to step and land awkwardly. She was later helped off the field.

On Tuesday, Arizona softball released the following statement via Twitter:

We've got great news! There was no structural damage to @lysssscat32's right knee. She is considered week-to-week moving forward while the injury heals.

Thank you for all your positive thoughts and well wishes! 🙏 pic.twitter.com/406hsduMJR

The news is especially noteworthy due to Palomino-Cardoza’s history of leg injuries. She tore her right ACL and missed the 2016 season, then tore her left ACL late in the 2017 season.

Following Palomino-Cardoza’s injury, Janelle Meono took over duties in center field for the remainder of the series against ASU.