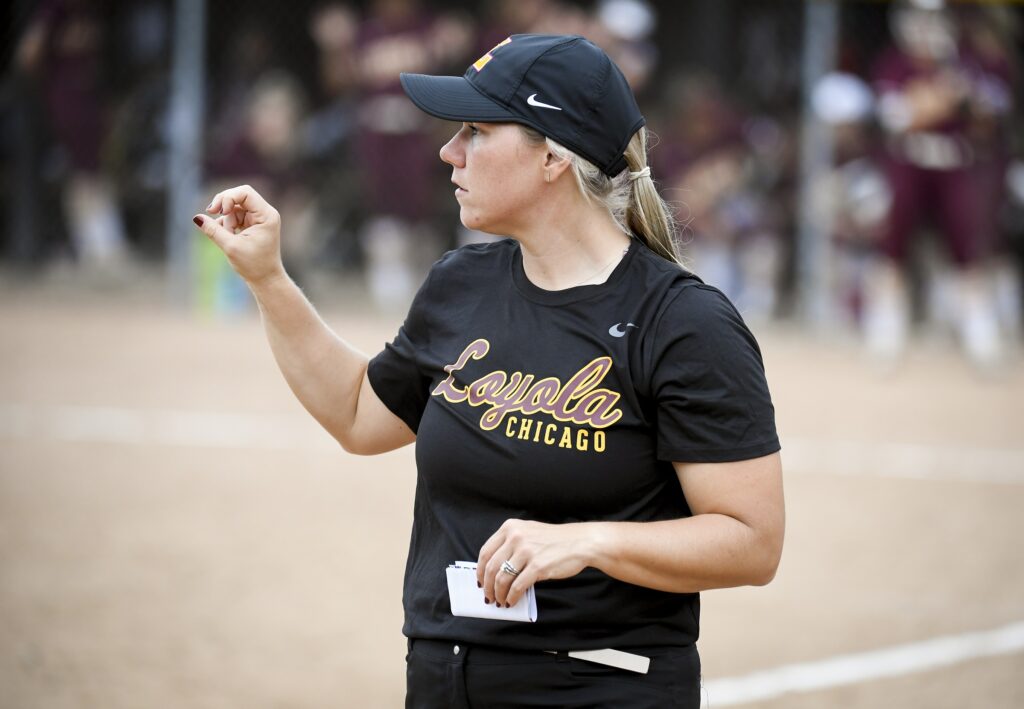 Alicia Abbott wasn’t actively looking for a new job. Having just completed her fifth season as the associate head coach at Northern Illinois, she was content in her status quo.

When the head coaching position at Loyola Chicago opened, however, things changed. A native of the Chicago suburbs – as is her husband – several members of Abbott’s family still live in and around Chicago. Applying for the job made too much sense. “I went into it hoping for an interview, and came out with a job,” she said.

The hiring process took “most of the whole summer,” Abbott noted, which made for an interesting season of recruiting. Announced as the Ramblers’ head coach on August 5, she had less than a month to get situated before the contact period opened on September 1 for communication with 2021 recruits.

“You plan recruiting around one job, then you suddenly have a different one, and that made it definitely interesting going into September 1st for this year,” Abbott mused. “But honestly, it definitely worked out and I feel very lucky to be at home, essentially, and not have to transition my recruiting circle. I know my staff, I know the area well; I understand what Loyola is about, because I’m from here.”

Despite her geographical and other familiarities, Abbott’s transition into her new role was not without its challenges. “That move from a forever-assistant to being a head coach, it’s a little bit like having a kid,” she said. “You’re never really sure you’re ready. And that was honestly a big piece in my decision-making; ‘do I want to be an assistant; do I really want to be a head [coach]?'”

In answering that question – ultimately answering in the affirmative, of course – Abbott said she considered a number of factors, with her familial proximity; geographical familiarity; and Loyola’s high academics all ranking high on the list.

Later in the summer, Abbott added an experienced program leader to round out her coaching staff, hiring Beth Golitko away from the head coaching position at Western Illinois to join the Ramblers. Golitko is joined on the assistant’s staff by Jackie Manrique, a holdover from the previous program administration.

“The really nice thing is that all three of us came in with different perspectives,” Abbott said of her staff. “That was my biggest thing; I wanted balance on our staff with who knew what. Honestly, [I wanted] to hire people who are smarter than me. They both have coaching experience, which has made my life a lot easier in this transition… [our staff]is pretty young, for sure, but I think that makes our dynamic pretty fun. All three of us have pretty easy-going personalities, but each of us check-and-balance a different box.”

As she prepares for her inaugural season at the helm of the Ramblers, Abbott expects her team’s offense to be strong, thanks to a trio of returning all-region players in Allyson Ivey, Shannon McGee, and Jessica Shields. “I think a big piece of our mindset is trying to build around what we already have, then just making sure that we finesse where we need to,” Abbott added.

Loyola will begin the 2020 season on February 7th, in a matchup against Omaha in Rosemont, Illinois as part of their own hosted tournament, the Rambler Rumble.