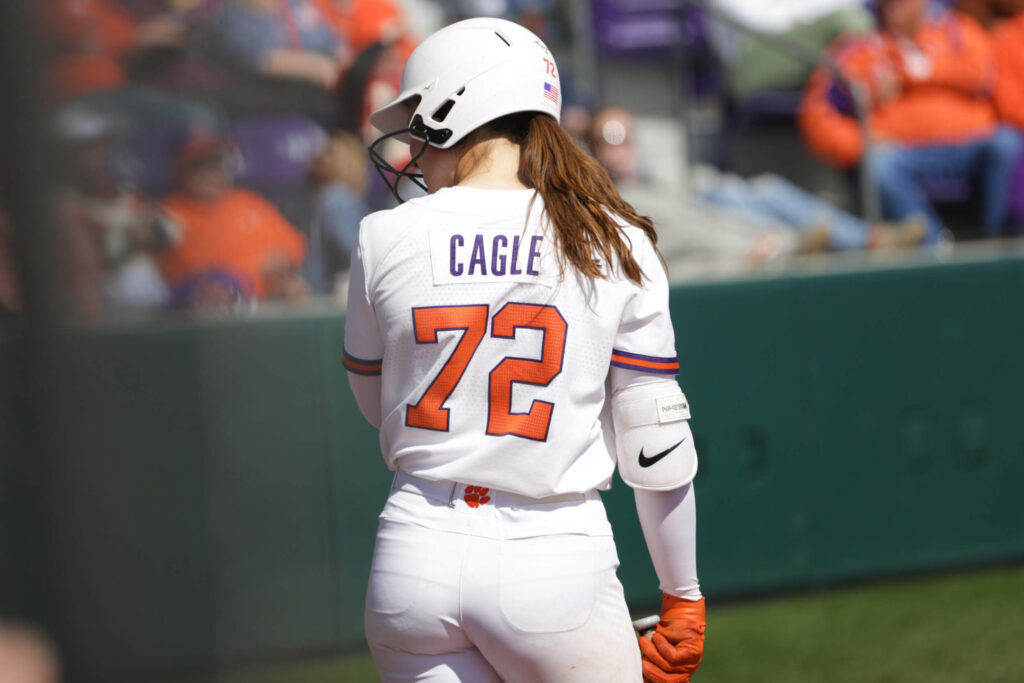 Clemson pitcher/utility player Valerie Cagle has been named the JWOS Player of the Week for Week 4 of the Division I season.

A freshman for the Tigers, Cagle began the week with a stellar performance in the circle against Georgia in a midweek matchup, holding the Bulldogs to one run on three hits and helping buoy her team to the first win in program history over a ranked opponent.

In the weekend series against Virginia – the inaugural conference series for the Tigers – Cagle batted .692, recording multiple hits in each of her team’s three games. In the series opener, Cagle started the game in the circle before moving to center field. She finished the day 4-5, with two RBIs and two runs scored. She hit a walk-off home run in the bottom of the seventh to secure her team’s first conference victory.

After a 2-3 performance in game two against UVA that included a 2-RBI double for the Tigers’ freshman, Cagle’s finest performance of the weekend came in the series finale. In a game that Clemson would win by a run-rule, Cagle started in the circle, going six innings and earning the win. At the plate, she posted a 3-5 showing, scoring twice and driving in seven runs. During a 7-run third inning, Cagle hit a grand slam, later hitting a three-run shot in the sixth inning that secured the run-rule and marked her second walk-off longball of the series.

The JWOS Player of the Week award is the first of Cagle’s career and the first for a Clemson player.