D1 Softball: Week 1 By the Numbers 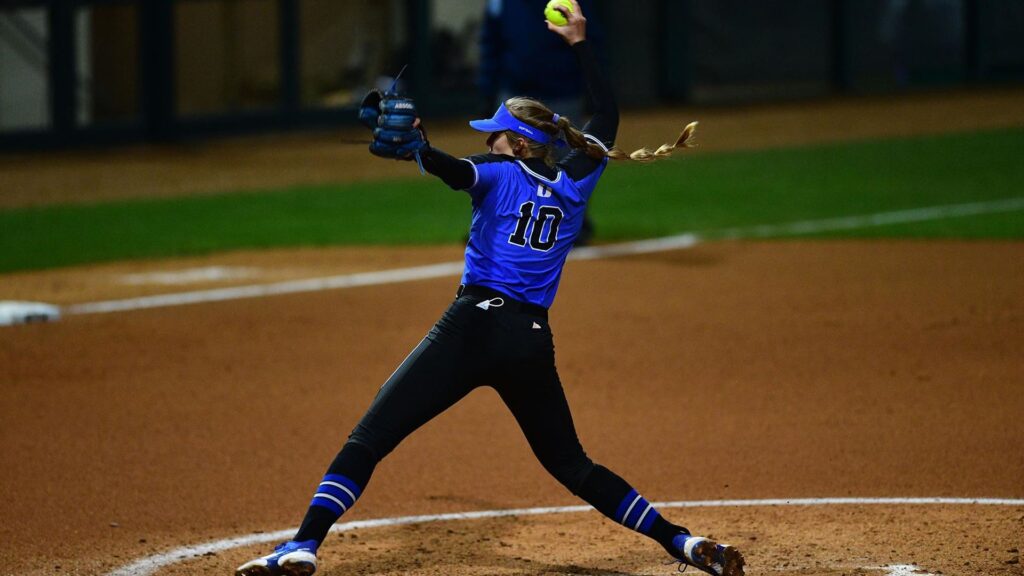 Week One of the Division 1 season is officially in the books. A lot of tournaments around the country were cancelled due to inclement and winter weather, while just a handful of teams were left to deal with COVID-19 issues.

Teams like Tennessee and Alabama made the most of the weekend after their originally-scheduled plans were cancelled, and took on newly-scheduled matchups to get games on the results column after all. Speaking of Alabama, one of the weekend’s early cancellations was the Texas tournament that was supposed to include the Crimson Tide and Arizona.

Let’s go By the Numbers as we recap Week #1.

The number of wins Patrick Murphy has collected since he became the head coach at Alabama — Murphy earned the 1,100th win of his tenure at Alabama with a victory on Sunday. Murphy is one of just a handful of active coaches with a win total in the four-digits, led the Crimson Tide to the national championship in 2012, and has already been inducted into the National Fastpitch Coaches Association Hall of Fame. Murphy’s team is 4-0 to begin the 2021 season.

The number of runs scored between Oklahoma State and Arkansas in the week’s marquee game – Thanks to those same cancellations, Oklahoma State and Arkansas’ face-off in Monroe, Louisiana became the highlight of the week after the two teams engaged in a back-and-forth affair that saw four lead changes and six multi-run half-innings. The teams combined for five home runs and the teams’ pitchers combined for seventeen strikeouts.

The batting average of Oklahoma freshman Tiare Jennings – Jennings hit five home runs in her first weekend as a college softball player, and collected twelve RBIs. She was put out just once on the weekend, and recorded perfect games at the plate in three of her team’s four games to open the year.  She finished the weekend with twelve hits, twelve runs scored, and four walks, in addition to her home run and RBI totals.

The number of strikeouts collected by Bowling Green pitcher Payton Gottshall – The BGSU “super freshman” appeared in three of her team’s four games on the weekend, earning a win in each of her appearances. Gottshall collected a 20-strikeout performance on Friday, setting a new school record, and threw a perfect game on Saturday. She reached the 51-strikeout mark in 21 1/3 innings and without allowing a walk.

The last time that a Notre Dame player stole four bases in a game before Saturday – In 1990, Ruth Kmak stole four bases in a game against Loyola-Chicago and set a program record with the feat. The single-game record stood unmatched for thirty-one years until Saturday, when Fighting Irish junior Emma Clark matched the feat in her team’s matchup against North Alabama. Clark also went 3-3 at the plate during the game.

The number of people who have watched the Youtube live stream of Dixie State/Washington – Dixie State’s first-ever softball game at the Division I level obviously caught a lot of people’s attention, and with good reason. The  Trailblazers pushed top-5 ranked Washington to the brink in the game, holding the lead for all but two half-innings against the Huskies. Heather Tarr’s club came from behind with the walk-off win in the 7th inning, but it was the performance of Dixie State and pitcher Carissa Burgess who caught nationwide attention.

The number of runs scored by Duke in their opening weekend – The Blue Devils assembled a perfect opening weekend, posting a 4-0 mark while in Baton Rouge. The squad pulled off an upset over LSU, and did so in impressive fashion, beating the Bayou Bengals’ top two pitchers. Marissa Young’s squad outscored opponents 30-12, and the pitching staff performed impressively on the weekend.