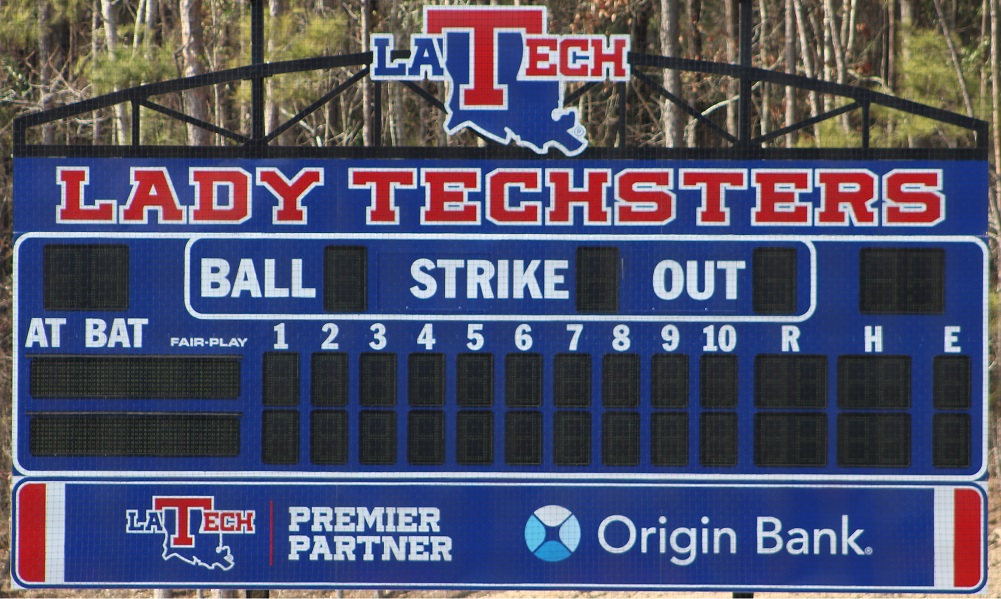 “Adapting and overcoming” is a phrase that Bianca Duran says she uses a lot these days. In addition to being the current mantra for the Louisiana Tech interim head coach, those words could also define the entirety of the Lady Techsters softball program over the last two years.

Some twenty-two months ago, in the wee hours of the morning of April 25th, a tornado swept through Ruston, causing damage to various parts of the town and the Louisiana Tech campus. The weather event decimated the program’s baseball and softball facilities, tearing down bleachers; fences; and anything else in its path, including the softball scoreboard. Faced with incredible adversity and devastation, the Lady Techsters rode the strength and resilience of a strong senior class to a share of the regular-season conference title and the conference tournament championship, resulting in a berth in the 2019 NCAA tournament.

Later that fall, head coach Mark Montgomery, who had helmed easily the program’s most successful campaigns since their Women’s College World Series berths of the 1980s, got the call to become the head coach at Maryland. Just a few months after an impressive run to the postseason, the Lady Techsters were in the market for a new coach.

The eventual hiring of Maria Winn-Ratliff was an experiment that lasted all of ten months before she herself departed the program. The Lady Techsters were 8-16 during the shortened 2020 season and the following summer was, to put it mildly, tumultuous. The program saw five players enter the transfer portal within a 2-week span in late April and early May, and were onto their second head coaching search in a year’s time frame.

Through it all, Duran has been the one constant face on the coaching staff, the last-standing member of the staff that helped guide the program on that resilient run in 2019. A program alumna, she returned to LA Tech in her second year as a collegiate coach and stepped in to tutor the team’s pitching staff. She worked with Mike Forsythe for several years, tag-teaming responsibilities with the pitching corps, and was set to lead the group on her own for the first time in 2020. She took the interim head coach title following Winn-Ratliff’s departure, but the prevailing theory was that she would only hold it until a new coach was hired.

After several weeks of a search, the Louisiana Tech administration found the person they felt was in the best place to lead the Lady Techsters through the 2021 season. Duran was that person.

Now almost six months into her new title, Duran already has some of the hallmarks of a veteran head coach while still not forsaking some of what made her a gritty and respected young assistant. She’ll throw front toss and only let someone else take over when she has to pull away. Press conferences can be interesting to deal with as a first-time head coach, but Duran held her own in her opening presser last week. It’s easy to rely on tried-and-true “coach speak” with a young team that wasn’t particularly successful last year, but Duran mixed a hearty amount of nuanced phrasing with genuine, realistic opinions of where her team stood to begin the year.

As for the most important part of the equation now in Ruston… if you’ve seen a photo of the Lady Techsters’ new facility, take it as true at face value. The brand-spankin’-new stadium remains unfinished, but even in its current stage is positively incredible. Louisiana Tech administrators decided to do it right with the rebuilding of their new facility, adding chairback seating; a brick press box; built-in bullpens; and berm seating on both the first-base side and in the outfield.

Monikered as Dr. Billy Bundrick Field after a naming-rights gift from Dr. Bundrick’s daughter and son-in-law, the stadium now bears the name of the North Louisiana region’s most respected physicians. Dr. Bundrick served as the LA Tech orthopedic doctor for the athletics program for forty years, until 2013, in addition to a private practice. He is also a member of the program’s Athletics Hall of Fame, having been inducted in 1986 after his career as a Bulldog football player.

The stadium is set to be christened next month, when the Lady Techsters take on Tarleton State on March 5th. When that day comes, it will have been 680 days since the Lady Techsters took the field and will be the culmination of nearly two years’ worth of adapting and overcoming over every trial and obstacle that fell in the program’s path.