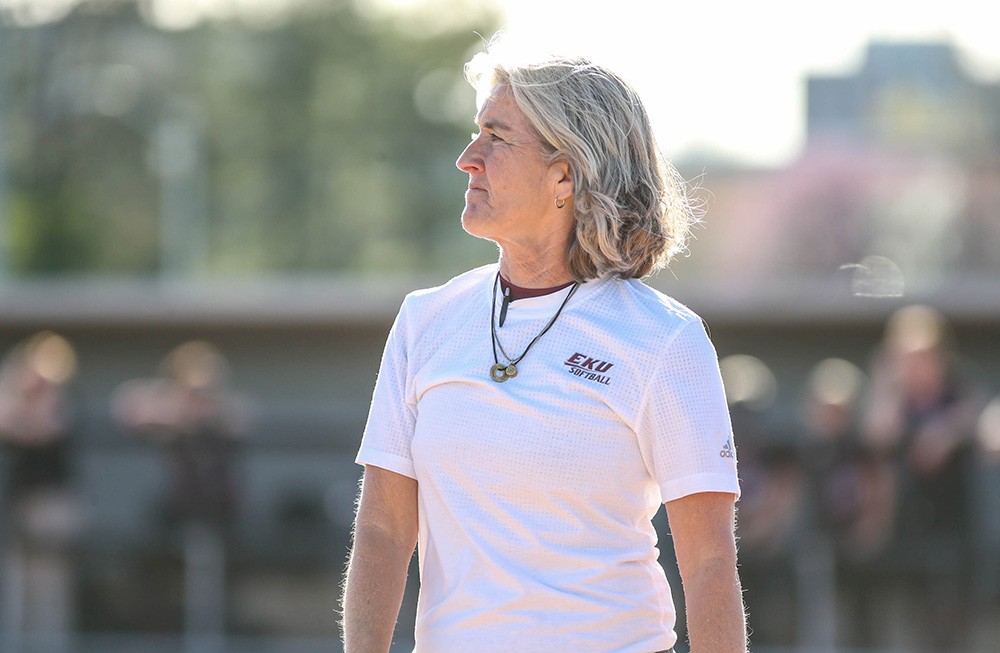 One of the longest-tenured head coaches in Division 1 softball, here are five things that you should know about Worthington following her milestone victory.

1. She is the only head coach in Eastern Kentucky softball history.

Worthington started the EKU program in 1993, and has led the Colonels on the diamond ever since. 2021 is the 29th season of Worthington’s tenure.

Worthington celebrated win #700 exactly three years and two days prior to celebrating #800. The Colonels have played just 108 games since then, and won 100 of them.

3. She is a 3-time Ohio Valley Conference Coach of the Year.

Worthington was named the conference Coach of the Year in 2002, 2004, and 2018. She led the Colonels to conference titles and NCAA tournament appearances in ’02 and ’04, and set the program record for wins with 45 victories in 2018.

4. EKU softball had two scholarships and a $99 budget when the program began.

According to a 2018 story on Worthington after her 700th win, ‘humble beginnings’ only begins to describe the EKU softball program when it joined the school’s athletic department. Worthington led the program to their first winning record in just their third season of existence.

5. Worthington won the 1981 College World Series as a player.

The 1981 season was the last year that the AIAW College Softball World Series champion was the consensus national title winner; a year later, the NCAA would organize a competing event called the Women’s College World Series and would absorb the AIAW tournament beginning in 1983. In 1981, though, Worthington was a junior on the Utah State softball team that won the national title, beating Cal State Fullerton in the tournament final. The championship is one of just two in Utah State program history.