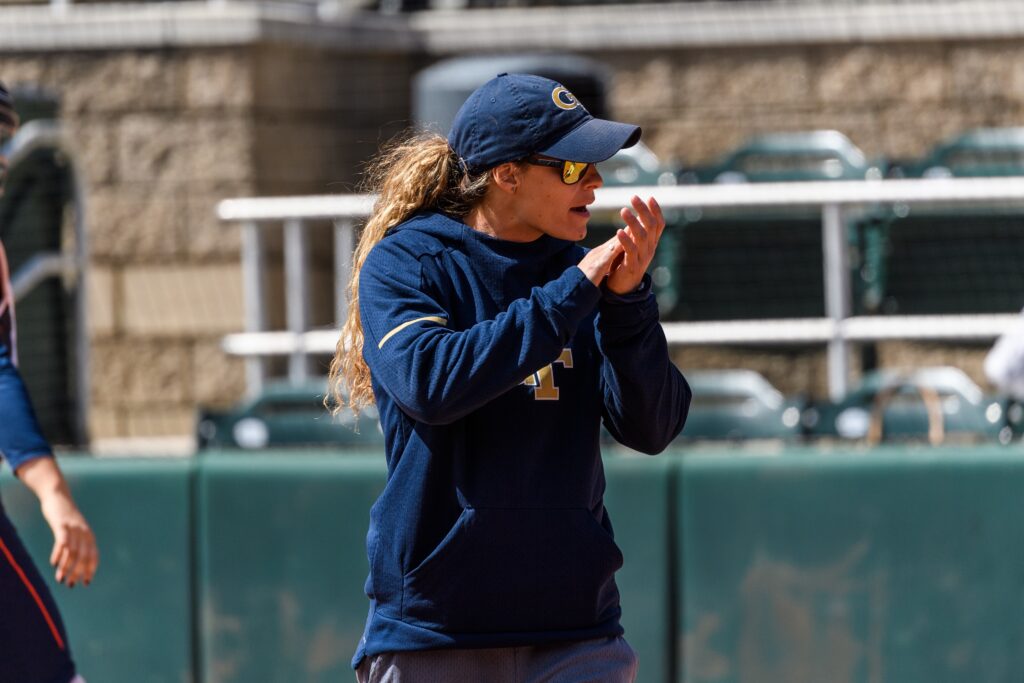 It was not that long ago that the Georgia Tech Yellow Jackets were a postseason mainstay. From 2002-12, the program did not miss an NCAA tournament. Since that 2012 season, though, Georgia Tech has only barely even sniffed the postseason. After the 2017 campaign, program alum Aileen Morales “came home” as the program’s new head coach, with one clear objective: Right the ship.

Even in just a pair of seasons back in Atlanta, Morales has already begun to turn the program around. In 2018, her first season at the helm of her alma mater, the Yellow Jackets reached the conference postseason for the first time in four years and finished above .500 on the year for the first time in six years.

For Morales, coaching at her alma mater is more than just a job; it is a sense of pride. “I feel fortunate, I feel lucky to get to do this,” she said. “There is a lot of pride, because every day, I sit in the office, I’m in the office that I walked into when I was fifteen years old and met with a coach on my visit. And so every single day, there are some things that are surreal about it… this is where I had some of the best years of my life, and now I get to be involved in helping young people on that same path. So it is definitely a source of pride for me.”

As she reflected on the 2019 season – when her team went 31-27 – one of Morales’ biggest highlights was her young team getting top-level competition under their belts: “First and foremost, getting experience in high-level games, against quality opponents,” she mentioned as one of the season’s bright spots. “It was definitely a growth year for us, and we had a lot of freshmen and sophomores out there at times. Giving them that experience in bigger games and in that arena was important, because you have to be in the big games before you can figure out how to win them.”

Morales expects her Yellow Jackets to take a still-unique approach in the pitching circle in 2019, adapting some strategies that she says she has gleaned from the game of baseball. “We’re got a solid staff, with a bunch of different looks, so I think we’re going to be different in that we are going to put our staff together like baseball, as we are going to potentially throw three or four arms at you in a game, and that’s tougher to prepare for as an opponent, so it gives us a bit of an advantage when you’ve got pitchers who can throw the ball down, throw it up, set up some righties and lefties… it’s just fun to try to figure out how we’re going to piece it all together.”

When it comes to her team’s offensive approach, Morales knows what history dictates for her batting order: “Going back to even when I played, Georgia Tech softball has always been known for hitting and hitting well,” she said. “Power has always been our thing, and that’s something that will never change about our program. I think we are always going to want to hit for extra bases, swing big bats. That’s always been our program identity, and we’re going to continue to do that… we’ve got some more lefties in the lineup this year, which has been an emphasis for us from a recruiting standpoint. Lefty bats do well at our field. We are going to continue to put runs up and try to put pressure on the opposing pitcher. And we’ve got a little more speed so we’re going to run more, add in some things that maybe we haven’t seen the last couple of years because we didn’t have the personnel.”

An all-American honoree during her playing career in Atlanta, Morales has her own methodology when it comes to statistical achievements. “I think batting average is dead is what I say,” she noted. “That’s not our focus; we focus on on-base percentage, slugging percentage… I don’t know how much anyone pays attention to baseball, but they have all kinds of crazy stats, and what we emphasize is our WOBA [weighted on-base average]and all of our players know what their WOBA stat is… I just don’t think that batting average tells the whole story, and if you’re focusing solely on that, you’re focusing on the wrong things. Obviously, I want you to hit the ball hard and to get on base; the harder you hit the ball, the better the chances for you to get on base.

“For us, we talk a lot about WOBA with our team, and they know if they want to get into the lineup, then they need to have a good WOBA number… there are some different ways you can calculate the stat, but we have a formula that uses on-base percentage and slugging percentage to get the numbers.”

The Yellow Jackets’ coaching staff under Morales includes hitting coach Reese Mariconda, a former Puerto Rican national team teammate of her now-boss, while former Georgia and Mississippi State pitcher Alison Owen is the other full-time staff member and pitching coach. ““Reese does a great job; she’s very detail-oriented, very meticulous with our hitters and in her approach to planning,” Morales said. “Alison is an in-state person, grew up in Georgia, played professionally, and does a great job of developing pitchers; at the same time, she understands what their strengths are and comes from the standpoint of playing to those strengths, not trying to mold them all into the same thing.”

Georgia Tech opens the 2020 season on February 6th against UAB, and will host Power Five opponents Washington; Nebraska; and Iowa within the first two weeks of the season. The Yellow Jackets enter the year with a roster that includes five freshmen; five sophomores; seven juniors; and six seniors.