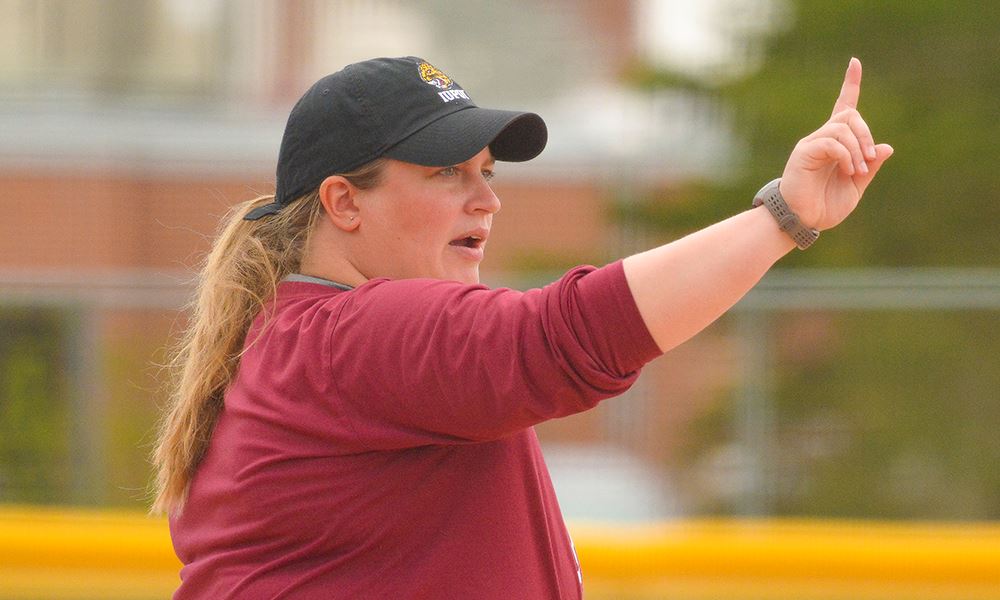 An assistant coach at Evansville for the last four years, Tarter helped lead the Purple Aces to back-to-back winning seasons in 2020 and ’21. The team’s 23 wins this season were the most in that category since 2016.

“I’m thrilled to welcome Coach Heather Tarter as the newest member of our Bearcat family. She is a well-respected coach at all levels that will certainly build upon the success we’ve had here at McKendree University,” McKendree athletic director Anthony Francis said in a statement. “Amongst many things Coach Tarter offers, our student-athletes will absolutely love her approach to developing leaders both on and off the field. I’m excited to see this team get to work with Coach Tarter at the helm.”

Prior to her tenure at Evansville, Tarter spent the 2017 season as the interim head coach at IUPUI. She led the Jaguars to an impressive season, which included the conference regular-season title. She was named Summit League Coach of the Year, played in the conference tournament championship game, and participated in the National Invitational Softball Championship postseason tournament.

Her coaching resume also includes a tenure as head coach at Purdue-Calumet and a stint on staff at Parkland College, a junior college.

Tarter will take over for former Mizzou great Ashley Fleming at McKendree. Fleming had been the McKendree head coach since 2016; during the 2021 season, the Bearcats finished with a 26-12 overall record and played in the Great Lakes Valley Conference tournament championship game. After being picked to finish 13th in the league in the preseason poll, the Bearcats finished second in the regular-season conference standings.