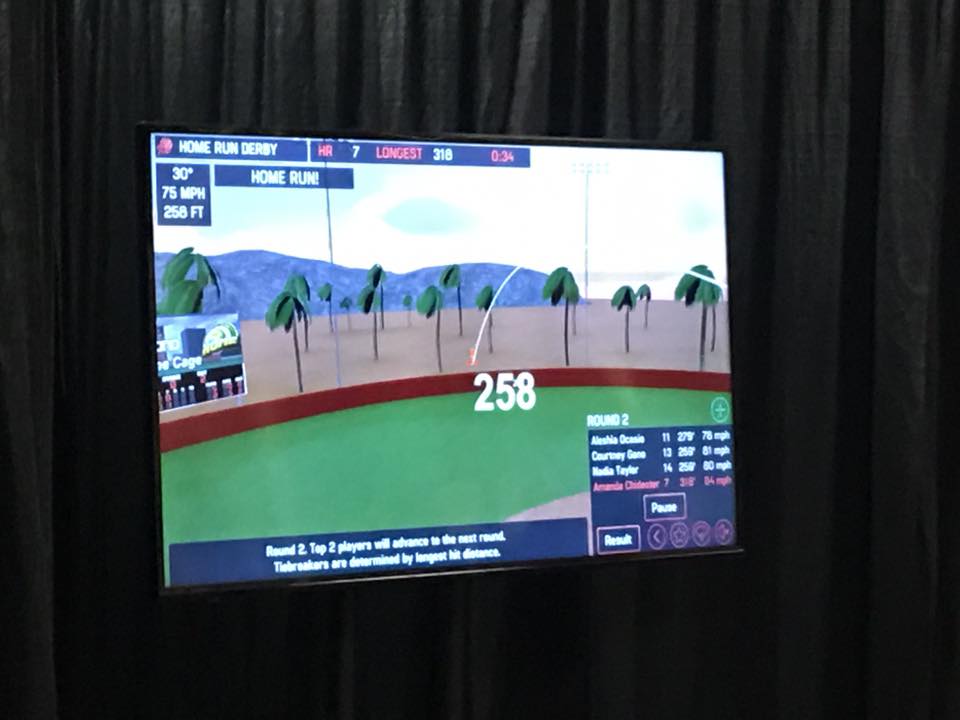 One of the highlights of the NFCA Convention in Chicago last week was a midweek event that took place in the convention’s downstairs exhibit hall.

Vendor and event sponsor HitTrax hosted a Home Run Derby that included nine professional and Team USA-affiliated players. The players took pitches inside of a batting cage net, but thanks to the HitTrax software, the hits were tracked as if they were inside of Hall of Fame Stadium in Oklahoma City. The home of the Women’s College World Series was one of multiple virtual options within the software.

The winner of the Home Run Derby was able to select a charity of their choice to receive their ‘earnings’ from participating in the event. Announced in a video prior to the event, Chidester’s chosen charity was the Susan G. Komen Foundation.

HitTrax labels itself as ‘the only data capture and simulation system that provides powerful performance metrics with a game time experience’. The high-level analytic system is used primarily for developing hitters, pitchers, and catchers. According to a company spokesperson, “HitTrax offers immediate feedback and real-time data to engage the hitter, increase quality reps and maximize results.”

Photo: Tracking one of the home runs of Home Run Derby champion Amanda Chidester. Photo by Lee Dobbins for JWOS