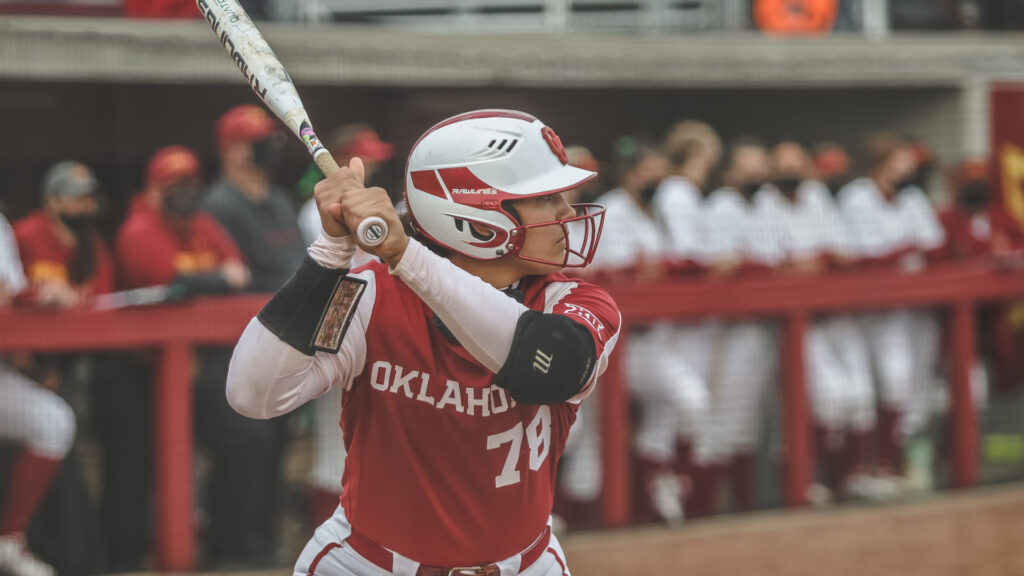 Oklahoma slugger Jocelyn Alo has been named the JWOS Player of the Week for her performance during Week 7 of the 2021 season.

Alo batted .800 (4-5) with seven walks in a conference series against Iowa State. All of her hits went for extra bases, as she helped lead her team to a series sweep.

In game one of the series, Alo went 2-3 at the plate and hit two home runs in the game. She recorded five RBIs in the game, scored three runs, and earned her first walk of the weekend.

Despite batting second in the lineup in game two of the series, Alo did not record an official at-bat as she was walked every time she came to the plate, a total of four times. She scored a pair of runs in the game in a run-rule Sooner victory.

Game 3 saw Alo go a perfect 2-2, with two doubles to her credit. She also earned another pair of walks, two RBIs, and scored a single run in the game.

The Player of the Week honor is Alo’s first of the season. She is the second Oklahoma player to receive the award this season, joining teammate Tiare Jennings who earned the award in Week 1.