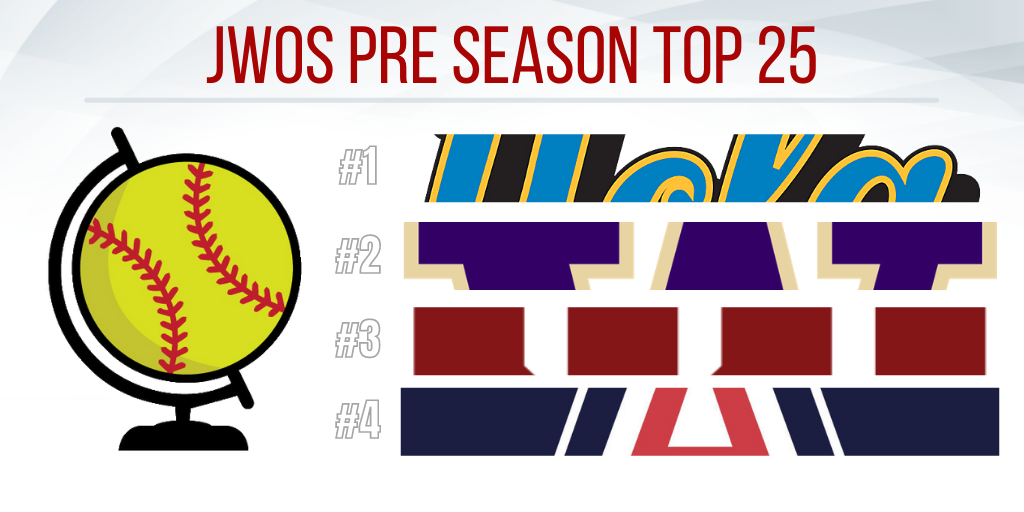 Coming off of a dominant 25-1 showing during the 2020 season, the UCLA Bruins are the unanimous No. 1 team in the country as reflected in the JWOS Preseason Top 25 poll released on Monday.

The Bruins return virtually their entire roster from a year ago, as well as future Olympians Rachel Garcia and Bubba Nickles, who return to UCLA after a year away with Team USA to prepare for the since-postponed 2020 Games.

Washington checks in at No. 2 in the poll, as they also return a decorated senior class that includes superstars Sis Bates and Morganne Flores. Gabbie Plain, a true senior, also returns for her fourth year in the circle.

Oklahoma is the top-ranked team from outside the PAC-12, coming in at No. 3 in the poll. The Sooners have Giselle “G” Juarez back from injury, and also return a talented roster offensively.

No. 4 Arizona and No. 5 LSU round out the top five in the poll; the Big 12’s Texas came in at No. 6, while two SEC schools – Florida and Alabama – tied for the seventh spot. The Ragin’ Cajuns of Louisiana-Lafayette and the Oregon Ducks finish off the top ten at Nos. 9 and 10, respectively.

Florida State is the highest-ranked ACC team at No. 12, while Michigan earned the highest spot of any Big 10 team, coming in at a tie for No. 15. In addition to the Ragin’ Cajuns, other non-Power 5 teams in the poll include No. 19 UCF and North Texas, who tied for No. 25.

The SEC led all conferences with nine teams in the Top 25; the PAC-12 placed five teams in the poll. The Big 12 is represented by four teams; the ACC placed three teams; and the Big 10 earned a pair of spots. The AAC, Sun Belt, and Conference USA each placed a single team in the poll.

The JWOS Preseason Top 25 poll is voted on by JWOS analysts and other members of softball media.