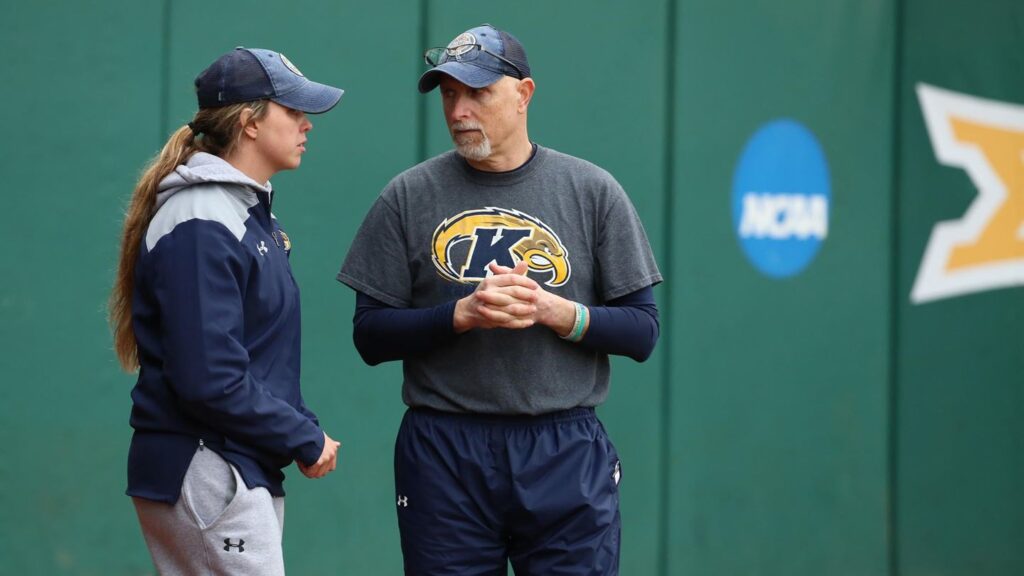 Oakley will enter his fifth season at the program’s helm in 2020, and has led the Golden Flashes to a pair of Mid-American Conference championships during his tenure, most recently the conference tournament championship in 2017.

During that 2017 season, Oakley led the squad to their first NCAA tournament appearance since the 2009 campaign.

The Golden Flashes saw their third straight conference Player of the Year during the 2019 season, as Brenna Brownfield earned the award. Brownfield followed former teammates Maddy Grimm (2017) and Holly Speers (2018) in being named the conference’s top on-field award.

Oakley was named the MAC Coach of the Year in 2016. Prior to being named head coach, he spent a single season as an assistant with the program. His coaching resume also includes a five-year tenure on staff at Eastern Michigan and three years as head coach at North Dakota.

Under Oakley’s guidance, the Golden Flashes finished the 2019 season with a 28-26 overall record, including an 11-5 record in conference play. The squad finished the year with a .280 team batting average, while the program’s pitching staff recorded a 4.02 cumulative team ERA. Kent State also appeared in the regional round of the National Invitational Softball Championship postseason tournament.