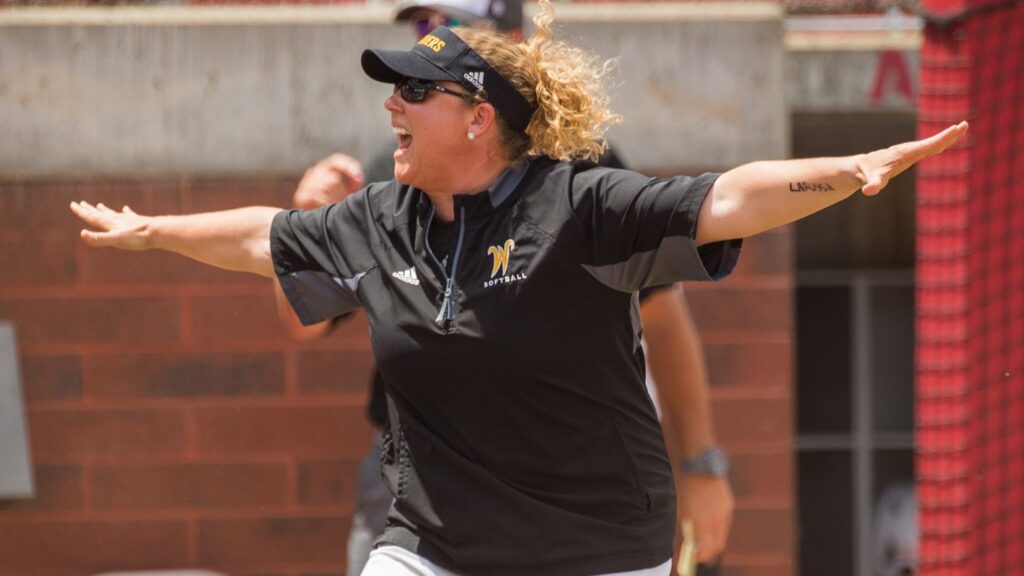 1. She is in her 10th season as Wichita State head coach.

Bredbenner took over the Shockers program ahead of the 2012 season and has been at the helm ever since. In 2018, she signed a 5-year contract extension.

2. She has led the Shockers to two Regional appearances.

The Shockers reached the NCAA tournament in 2016 and 2018, and played in the program’s first-ever Regional final in 2018.

3. She has shepherded a pair of conference Players of the Year.

4. Wichita State just reached the Top 25 for the first time ever.

Under Bredbenner’s guidance, the Shockers have gotten off to a red-hot start in 2021, now boasting a 29-5 record on the season after her milestone win. Earlier on Tuesday, the Shockers were ranked in the NFCA Coaches Poll Top 25 for the first time in program history.

5. She was previously the Division II active wins leader.

Before taking over at Wichita State, Bredbenner was the head coach at Emporia State. When she left to take over at WSU, she was both Emporia State’s winningest coach in program history and the D2 active career wins leader.