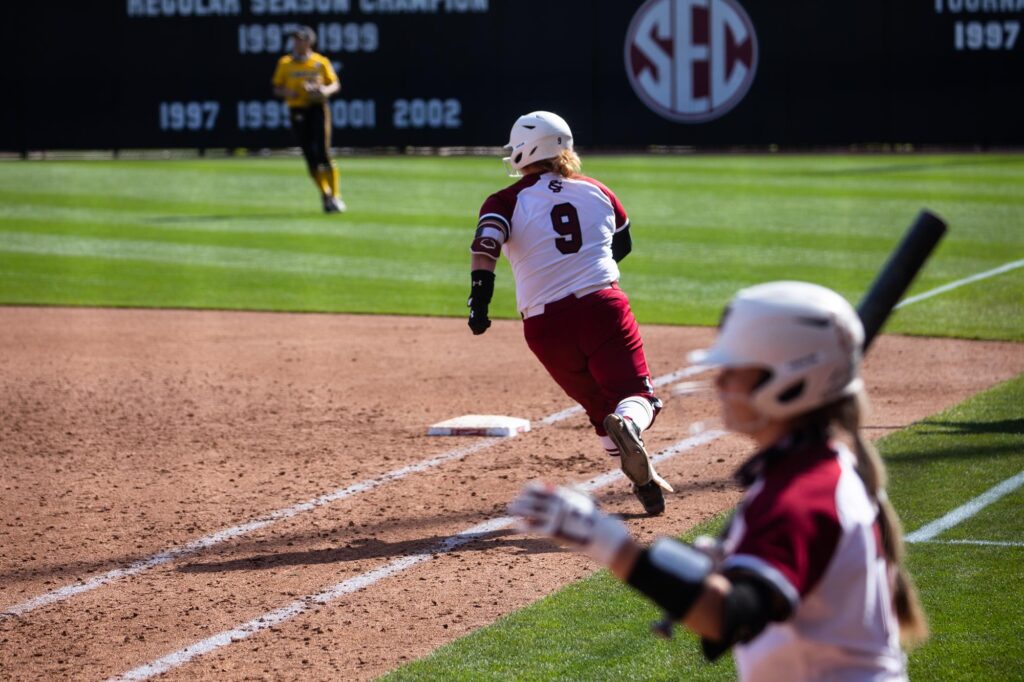 UPDATE 5/12/21: According to South Carolina SID Patrick Osborne, Drotar will be present with the Gamecocks at Rhoads Stadium for their game against LSU on Wednesday.

A health update has been provided from South Carolina on the health of super senior Cayla Drotar.

Drotar was involved in a collision at first base during the Gamecocks’ SEC tournament game against Auburn on Tuesday afternoon. While diving back to first base, Drotar suffered an injury and remained on the ground for several minutes. After several minutes, Drotar was strapped to a back board, including a neck brace, and was later taken off the field in an ambulance.

Gamecock Softball provided an update on Drotar’s status late Tuesday night: “Following a play at first base in the top of the seventh in Tuesday’s SEC Softball Tournament game against Auburn, South Carolina softball’s Cayla Drotar was taken to a local Tuscaloosa hospital out of an abundance of caution,” the Gamecocks wrote. “We are thankful to update everyone with good news – Cayla is OK. All reports we have received have been positive, and we know KK will be back with us as soon as she can. Thank you to everyone, especially our fellow SEC competitors around the conference, who reached out with positive thoughts for Cayla. We would especially like to thank the Alabama training staff and medical personnel. They have been extremely helpful throughout the entire process and given us everything we’ve needed. We continue to send our thoughts to Cayla and can’t wait to have her back with us.”

One of four super seniors who returned to the Gamecocks under the NCAA’s extended eligibility waiver, Drotar posted a 3-7 overall record this season in addition to a .238 batting average at the plate. Early in the 2020 season, she suffered a concussion on a play at the plate and missed several weeks’ worth of games prior to the season’s abrupt cancellation.

Auburn first baseman Justus Perry was also injured in the collision involving Drotar; Perry was struck in the head by Drotar’s cleats and left the game with a bleeding wound. An update on Perry’s injury status wasn’t immediately available.