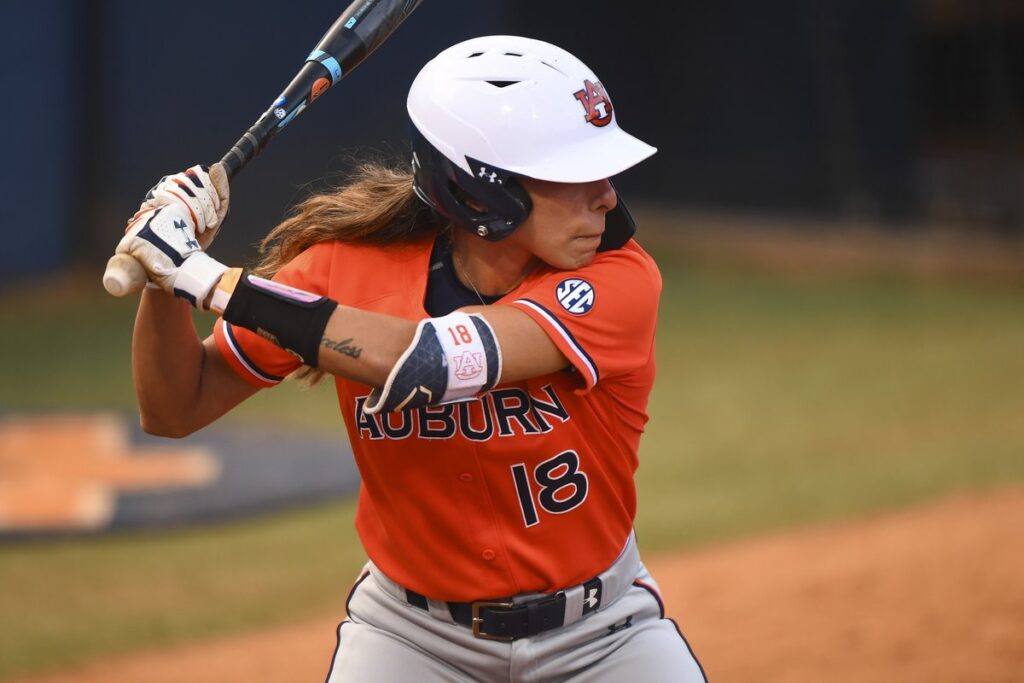 Yesterday, we updated you on the health of South Carolina’s Cayla Drotar following a play at first base in the Gamecocks’ game against Auburn on Tuesday. Now, an update has also been provided on the other player involved in that incident, Auburn first baseman Justus Perry.

Perry was receiving a throw from across the diamond in an attempt to double-off Drotar when the play happened. As Drotar dove back towards first base, her legs came back over her head in a lopsided fashion and her cleat made contact with Perry.

A super senior, Perry immediately went to the ground but was able to walk off the field under her own power a few minutes later. She held a towel firmly to her head when she did, and blood was visible on the television broadcast.

On Wednesday, Auburn Softball provided an update on Perry’s condition. “An update from Justus Perry,” the school wrote on their social media pages. “‘Five stitches and a Tetanus shot later, so glad Cayla Drotar and I are now friends for life! So thankful to Alabama Softball and the SEC [Softball] Tournament for taking such great care of both of us. This softball community is SO REAL!!!!'”

Perry and her team were eliminated from the SEC tournament after suffering a loss in that same game to South Carolina. Perry’s availability status for a potential NCAA tournament appearance wasn’t immediately clarified.