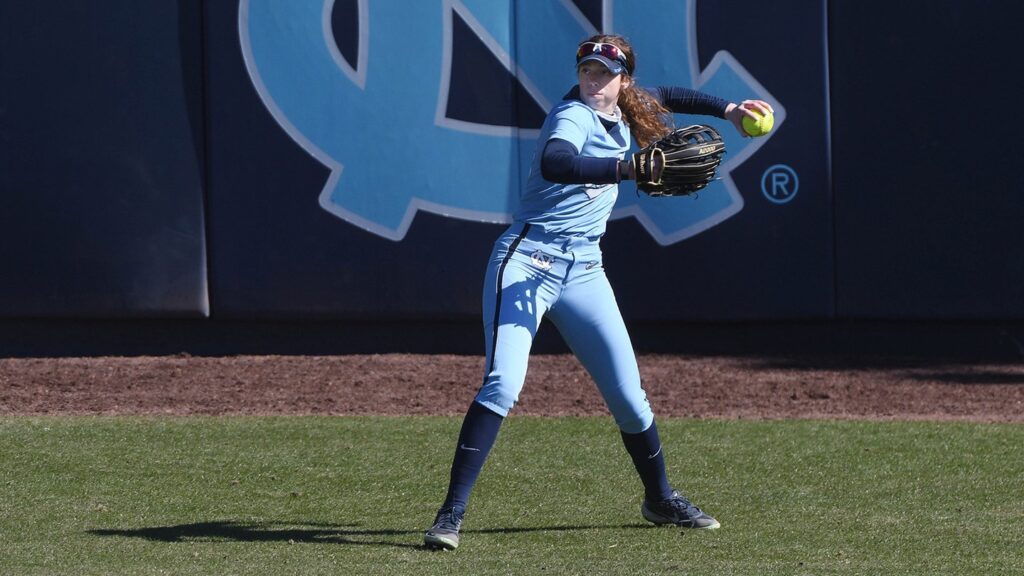 In a time when some schools add three or four transfers each year, Carol Hutchins has stayed committed to a recruiting strategy that has worked well for her for the better part of four decades. She’s stayed true blue, you might even say.

Under Hutchins’ guidance, Michigan doesn’t play the transfer game that has become so popular in today’s softball world. Mass arrivals out of the transfer portal simply aren’t a thing for the softball program in Ann Arbor. The Wolverines’ coaching staff is smart and experienced though, and if an impact player fits a need they have, it’s going to be a marriage that makes sense – and both school and player are going to be better for it.

The same is true of Tuesday’s announcement that the Wolverines have added transfer outfielder Kristina Burkhardt. A former North Carolina Tar Heel, Burkhardt carries a single season of remaining eligibility and will join the Wolverines for that one year in 2022.

Why would a school like Michigan that doesn’t add many transfers pull in a student-athlete with only a single season left to play? The fact that Burkhardt is a still-undiscovered gem might have something to do with it.

Burkhardt was one of the top remaining players in the transfer portal prior to Tuesday, but even with that distinction, she isn’t a household name in softball circles and may even be unfamiliar to those who don’t pay close attention to softball nationwide.

Not only is that unfortunate, but it’s also likely now to change.

Of course, there are stats and awards to rely on – Burkhardt is a 2-time All-ACC honoree, a career .300 hitter, led North Carolina in most offensive categories this season, boasts 52 career stolen bases, and had a perfect fielding percentage in the outfield.

You don’t often see “whole package” players changing schools, but when they do, it’s time to pay attention. Burkhardt will suit up for one final season and she’ll do it in the maize and blue of Michigan. That’s a combination that could prove rather deadly for opposing teams.