Meet the Facilitators of Athletes Unlimited 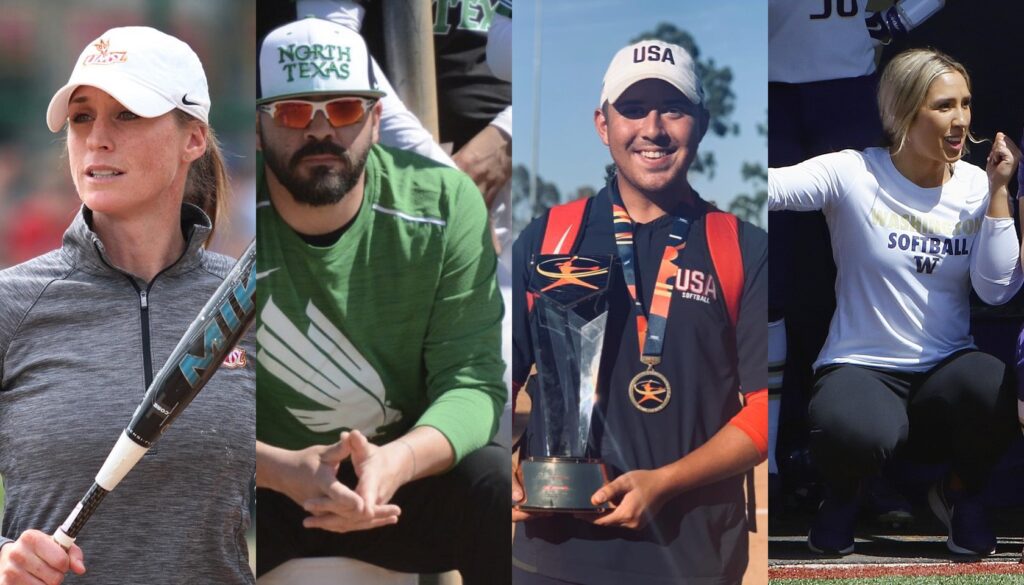 One of the flagship tenets of the still-new Athletes Unlimited league is the absence of traditional coaching roles. Players govern themselves, call their own pitches, and make their own decisions in the batter’s box. But without coaches, who handles the lineup card or waves a runner home? In AU, they’re called facilitators.

While the weekly team captains fill out their own lineup cards and technically even make in-game personnel decisions, the facilitators handle substitutions with the umpire and occupy the third-base coach’s box. Four facilitators are in Rosemont for the AU season, and work with a new team each week on a rotating basis. You may have heard their names mentioned periodically on a television broadcast, but here’s an in-depth look at each of these facilitators and their career paths to this point.

Lauren Lappin’s resume dwarfs even a good chunk of the players in the AU player pool. Lappin is the most veteran coach among the league facilitators, and her non-AU coaching position is as the assistant coach at Division II Missouri-St. Louis. Notably, she is the only full-time collegiate assistant coach within the group of facilitators, and she was the head coach of the Chicago Bandits of the National Pro Fastpitch league for the 2019 summer season.

As a player, Lappin was a 2-time All-American at Stanford and earned a pair of Defensive Player of the Year awards in the PAC-10 conference. She also earned a mention on the 2006 Women’s College World Series All-Tournament Team, and spent eight years on the Team USA roster. She was part of the 2008 USA squad that won the silver medal at the Beijing Olympics, and was an alternate for the 2004 Games.

Mike Viramontez has been the volunteer assistant at North Texas, a position that he occupied for the past two seasons. Prior to joining Rodney DeLong’s inaugural staff in Denton, Viramontez served in the volunteer role at Oklahoma State, where he was part of the Cowgirl coaching staff that was named Midwest Coaching Staff of the Year in 2017.

Christian Conrad is the volunteer assistant coach at Florida State, entering his second season with the Seminoles. During his undergrad years, Conrad served as a manager at Oregon and was part of the support staff for the Ducks during the team’s back-to-back runs to the Women’s College World Series in 2017 and ’18. He has also served on the support staff within the Team USA system.

Whitney Jones serves as the volunteer assistant coach at Washington during the collegiate season, and is also an alumnus of the Huskies’ program. In 2014, Jones was named to the all-conference Honorable Mention list and was a 2-time PAC-12 All-Academic honoree. As a senior, Jones finished fourth on the Huskies’ roster with a .341 batting average, as well as five home runs and thirty-six RBIs.

Primarily an offensive player during her career, she appeared in nineteen games in the circle during her collegiate days, recording a 5-0 record during those appearances. During her freshman year, she made eight starts and eighteen overall appearances, collecting twenty-six strikeouts in forty-one innings of work. After obtaining her master’s degree at Tulsa, Jones spent one year as the head coach of Garfield High School, where she led the program to the first-ever state championship appearance. She returned to the Huskies as the volunteer assistant in 2018.