More than a dozen teams suffer COVID cancellations in Week 7 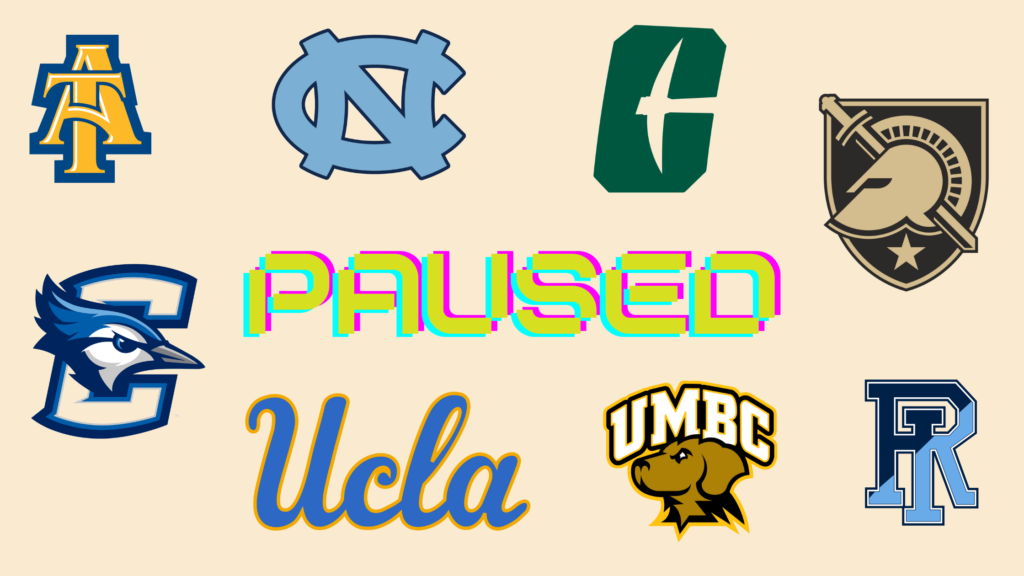 Week 7 of the Division 1 softball season officially has the most COVID-19-related game cancellations since the start of the regular season.

At least sixteen teams are suffering from the cancellations in Week 7. Eight teams are beginning or are in the midst of COVID-related pauses through their programs, while those teams’ scheduled opponents this weekend are now left largely hanging without games to play.

On Tuesday, Cal Baptist cancelled a midweek matchup against San Diego “in response to the program’s COVID-19 protocols and safety measures,” according to a school press release. There have been no announced changes for the Lancers’ scheduled weekend series against Dixie State.

Credit to Georgia Tech – after the Yellow Jackets’ conference series against North Carolina was cancelled due to the Tar Heels’ COVID-19 issues, head coach Aileen Morales worked fast and used the power of social media to schedule a 3-game series against Middle Tennessee State in Murfreesboro.

Saint Joseph’s and Villanova, who were the originally-scheduled opponents for Rhode Island and Creighton, respectively, will now meet for a doubleheader on Saturday in Villanova.

Marist has been in an athletic department-wide pause due to their number of COVID-19 cases, and recently extended that pause through the end of March. The Red Foxes softball team has already lost a series against Manhattan since the pause was enacted, and will now lose this weekend’s scheduled series against Fairfield.

The number of Division 1 softball teams that have suffered COVID-19-related pauses this season is now over two dozen.