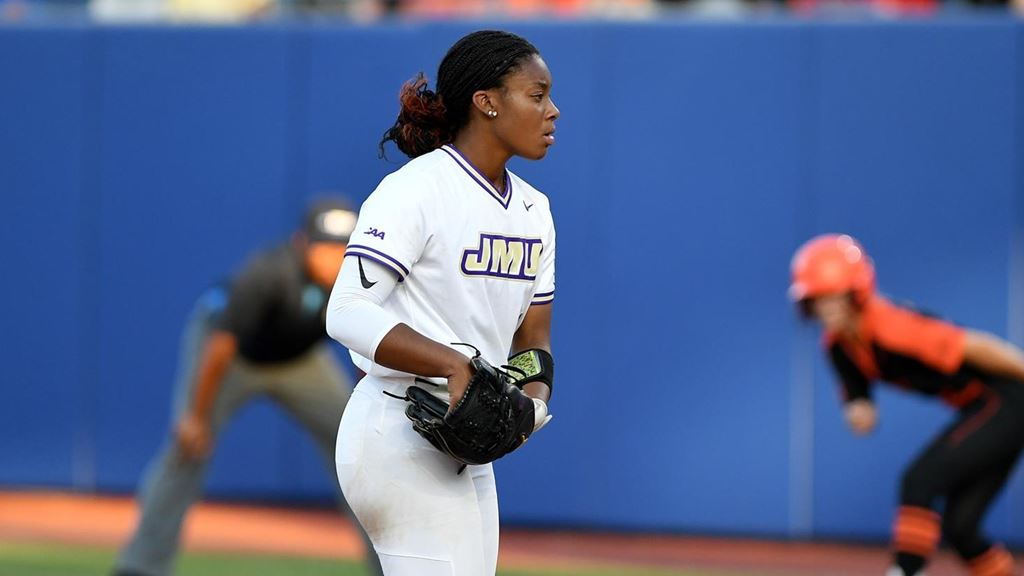 Alexander finished the 2021 season with an 18-3 record and a 1.71 ERA. Alexander led the team’s pitching staff during a regular season run that included just one loss, before embarking on a postseason run that made history.

In the postseason, Alexander posted an 8-3 record and collected 94 strikeouts in 75.5 innings of work. She threw every inning of the Super Regionals and during the Dukes’ semifinal run in the WCWS, and earned Women’s College World Series All-Tournament Team honors for her efforts.

Following a 2-0 start to the WCWS, which included wins over eventual National Champion Oklahoma and Oklahoma State, Alexander became a postseason hero for many softball fans. She made a diving tag at the plate in one game that some view as the greatest defensive play in WCWS history.

The USSSA Pride now operate as an independent professional team, after several years as part of a professional softball league. On the Pride roster, Alexander joins a pair of fellow former JMU stars in Jailyn Ford and Megan Good. All three former Dukes share the distinction of being pitchers who also hit as part of the regular batting order.