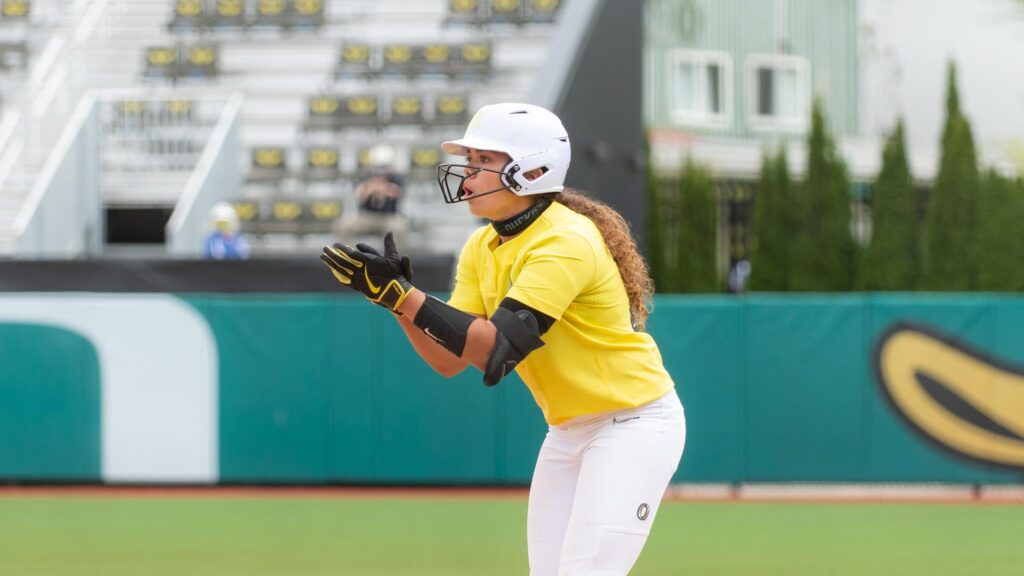 Brito started fifty-three games for the Ducks as a freshman in 2021, recording a .299 batting average and tying for the team lead with ten home runs.

In her first season, Brito became an integral part of the Ducks’ lineup; she finished third on the team with a .930 OPS and tied for second on the roster with six stolen bases.

During the Austin Regional, Brito had four hits, including a solo home run against Texas that started the scoring in game one of the regional final. The Ducks won that game and forced a winner-take-all game seven.

The news of Brito’s transfer was first reported by D1 Softball.