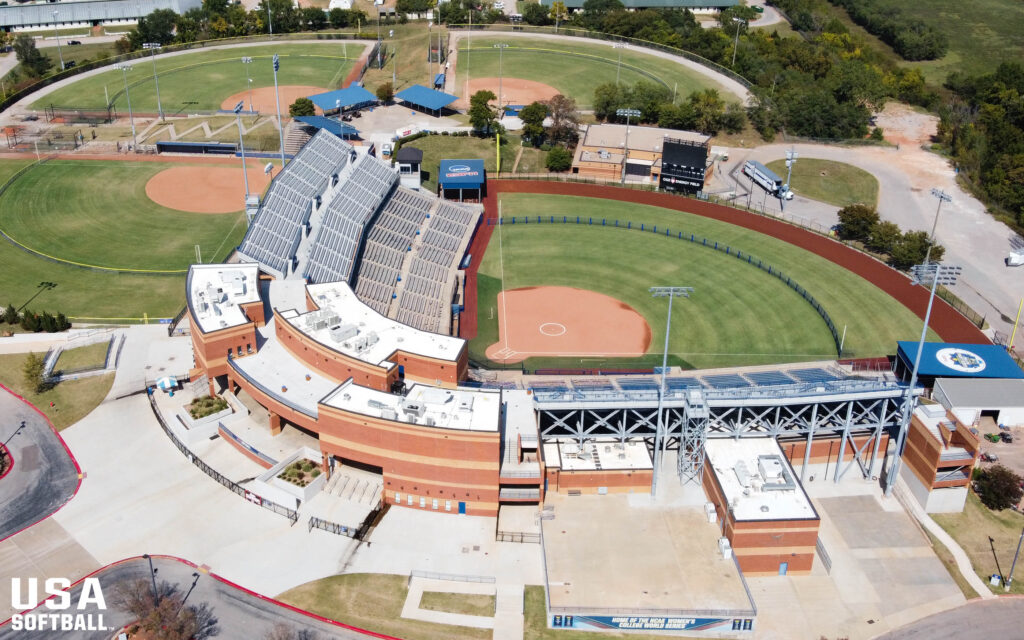 It’s Wednesday, we’re in the final stretch of the regular season, and this is the week when the Division 1 regional host sites will be announced.

Ahead of that announcement, we decided to have some fun this afternoon and try our hand at predicting all twenty potential hosting sites. Sources have told JWOS that the sites will not be ranked in any form, but are likely to be listed alphabetically or in some non-specific order. The numbering system used in this article is strictly for continuity’s sake in the same fashion.

That’s 3 Big 12 teams, 4 SEC teams, 3 PAC-12 teams, and 1 ACC team off the top, if you’re counting them. Worthy of note, Oklahoma has also now vaulted into the top 10 in RPI thanks to the overall strength of their conference.

UCLA is currently #1 in the RPI, but their facilities are not looked upon favorably when it comes to the postseason. That’s likely not to be as big of a factor in 2021 as in past years, though, and the Bruins are fair bets to host versus being a #1 seed on the road… Arizona State is #13 in the RPI, but seen as a mid-pack 5th in the PAC-12 race. Nevertheless, the Sun Devils have a quality body of work and, in turn, are likely to be seen favorably by the committee.

The Tigers are a bit of a surprise team in the SEC, currently stand at #16 in the RPI, and are coming off of a series win over Arkansas. An early-season 2-game split with Florida State and a victory in game 1 of their series against LSU are also high marks in the Tigers’ favor and they should easily be in the field of 20. That said, their last two weeks are not an easy road, as they get Florida at home followed by a road series against Tennessee. A strong finish and avoiding being swept likely locks up a hosting spot on Selection Sunday.

Here’s where things get interesting. If we count these fourteen teams as safely in, there are six spots left. In my eyes, there are eight teams truly vying for those six spots and a chance to remain in the hosting pool. Let’s take a look at each of them individually.

The Lady Vols are 8-7 in conference play, currently 7th in the league standings. They’re 35-8 overall, and snatched a game each from LSU and Alabama in the early portion of conference play. Outside of the league, though, the Lady Vols’ strength of schedule is not stellar. A win over Liberty and a non-conference victory over Texas A&M are the major bright spots on the non-conference portion of the slate. The Lady Vols dropped a game to South Carolina two weekends ago, and couldn’t finish off Georgia in the series finale this past weekend. Their remaining conference slate includes a 3-game series @ Auburn, a doubleheader @ Mississippi State, and a 3-game homestand vs. Missouri to finish the regular season. The Lady Vols could solidify their footing or could just as easily play themselves right out of contention to host.

After starting the season red-hot, the Blue Devils have cooled off a bit as the season has gone on. Marissa Young’s squad remains undefeated in non-conference play, including a victory over LSU in the second game of the season, but are 22-10 in conference play. The Blue Devils split the series with Clemson and went 1-6 against Virginia Tech and Florida State. The Devils have beaten teams they’re supposed to beat, but the early-season luster has worn off a bit. Currently #19 in the RPI, Duke is a fair bet to make the list of 20, but may need a flashy finish and a deep tournament run to ultimately pull off a hosting berth.

Just one week ago, the Hokies would have fit firmly into the Sure Thing or Fair Bet categories. Leading the ACC just one week ago, the Hokies now sit in 4th place after suffering a 4-game sweep at the hands of Notre Dame.  All four games against the Fighting Irish were close, with three of them decided by a single run, but four losses in a weekend this late in the year is going to hurt. Virginia Tech now sits at #23 in the latest RPI, but their full body of work includes series wins over all three teams ahead of them in the conference standings, namely FSU, Clemson, and Duke. After enjoying most of the season in a high-ranking position, the committee is likely to look favorably on the Hokies and include them in the pool of 20 at a minimum.

Here we have perhaps the nation’s biggest surprise that carries the least amount of shock value. The Tigers showed us what they were made of in the glimpse that we got in 2020, and John Rittman’s club has been hot all season long. The Tigers are 37-4 on the year, with their only losses coming to Virginia Tech and Duke. Clemson sits at #17 in the newest RPI, their body of work is of quality, and they are pretty firmly positioned within the top 20 to see their name called this week. The biggest question marks for an ultimate hosting bid, though, are going to be a postponed series against Notre Dame and the lack of Florida State in the regular-season schedule.

If a Big 10 team is going to host a regional, it’s going to be Michigan. The Wolverines are not only the conference’s best team, they’ve actually vaulted to #24 in the RPI and are legitimate contenders to make the hosting pool. The Big 10’s conference-only scheduling has been – appropriately – much-maligned this year, but that’s on the conference office and powers-that-be, not on the coaches or players. The Wolverines are 24-5 on the year, and have 4-game series’ remaining against two of the league’s bottom-feeders in Penn State and Rutgers, while a set against Minnesota in Minneapolis looms large. Michigan also gives the committee the option of a midwest host, which could come in handy depending on who earns automatic qualifying bids for smaller conferences like the Horizon League and the MAC. I foresee the committee keeping their hosting candidacy in play for the time being.

What I thought would be fairly easy became a much tougher head-to-head between two conference opponents for the final spot in my top 20 predictions. After some admitted flip-flopping, I ultimately chose Georgia by a razor-thin margin over Kentucky. Rationale:

A pair of fairly-damning early-season losses to South Alabama and Longwood seemed like they were setting Georgia up for a colossal failure of a year. In contrast, though, the Bulldogs have turned in a fairly solid effort thus-far. Lu Harris-Champer’s squad took a series win over Missouri, pulled a game from Florida, and made headlines by being the first team to down Oklahoma this calendar year. Georgia and Kentucky currently hold identical 7-11 records in conference play, but the Bulldogs won the head-to-head series earlier this year and are trending fairly upward, in stark contrast to UK. Speaking of which…

Rachel Lawson’s Wildcats have lost four straight conference series’ en route to that afore-mentioned 7-11 record in conference play. After beginning league play by pulling one game from Florida and winning the series over Alabama, the Wildcats have lost consecutive series’ to Tennessee, Georgia, Auburn, and LSU. The Wildcats are 9th in the SEC standings, #20 in the latest RPI, but have a chance to finish hot with Texas A&M and South Carolina as their final regular season foes. What was a promising start has turned into a less-than-ideal stretch run.

The First Ones Out

In assembling my list of top 20 predictions, the Cajuns were the only other team that I seriously considered as a potential member of the hosting pool. The biggest drawbacks to the Cajuns remaining in that category were the lack of top-level wins – they have just two, series splits with Oklahoma State and Texas – and a remaining schedule that also doesn’t find itself conducive to the flashiness that can help boost a hosting candidacy. The Cajuns should probably go ahead and pack their bags for Baton Rouge or Austin.

The Best of the Rest

Going strictly from an RPI point of view, the biggest snubs in the group would be Auburn (#18) and Liberty (#22). Both could make something of a case to host, but Auburn’s struggles with consistency and in conference play likely keep them out of serious consideration. Similarly, while Liberty has played a number of top-level teams and pulled off some quality wins – see: extra inning win over Arkansas – their RPI is buoyed more by who they’ve played than by who they’ve beaten.