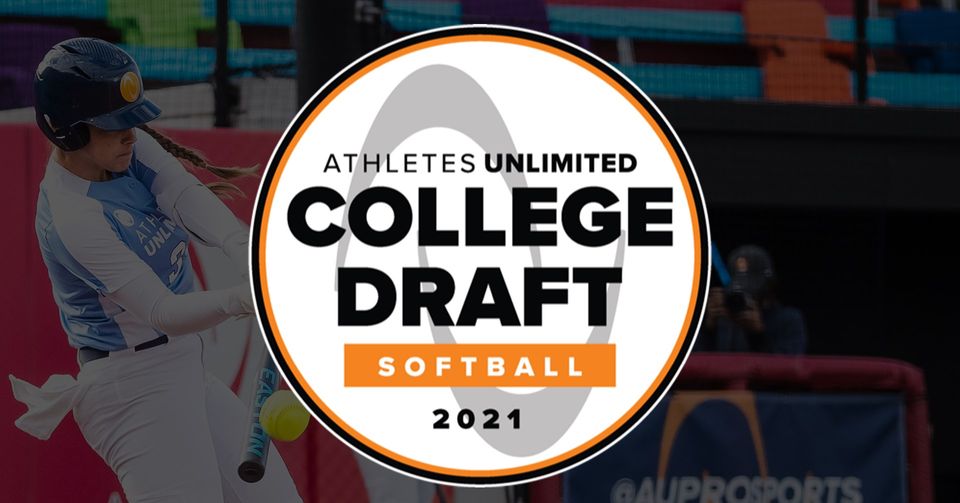 The draft, which will see a dozen active college seniors selected to play during the league’s second season, is set to be streamed live on Facebook. AU Season 2 will include a player pool of 60 athletes; players drafted on Monday night will join 37 players who have already been signed for the season which will stretch from August 29 to September 27.

Players drafted on Monday night will be invited to join the league, but will not be able to sign a contract until they exhaust their collegiate eligibility. During their inaugural season in 2020, Athletes Unlimited was praised for guaranteeing every participating player a minimum $10,000 base salary.

The draft is scheduled to be streamed live on Facebook beginning at 8 pm Eastern time on Monday night.

Aliyah Andrews, LSU — Andrews’ defensive prowess has made headlines this year, and has also made the LSU center fielder a mainstay on SportsCenter. Older sister AJ played in the inaugural AU season, and while she remains unsigned for the 2021 season, Aliyah Andrews and her personal branding opportunities would seem to fit well into the goals and mission of Athletes Unlimited.

Bailey Hemphill, Alabama — Hemphill is still one of the best hitters in the country, and her statistics in conference play have put her firmly in the race for SEC Player of the Year. Her bat is well-known for its pop, and she either already holds or is nearing sole possession of first place in a number of Crimson Tide offensive categories. She also carries a hearty fan base thanks to her exploits as a player.

Sis Bates, Washington — Bates’ defense belongs at the professional level. Even if only for one month-long summer season, a player of Bates’ wizardry with the glove is a no-brainer to play beyond her college days. Bates also holds a quality bat – having batted over .400 almost the entire season – and can contribute with her speed, as well.

Braxton Burnside, Arkansas — There was no bat hotter than Burnside’s earlier in the season, and she has sustained the home run-hitting power throughout the campaign. The former Missouri transfer is in the conversation for SEC Player of the Year thanks to the incredible pop in her bat, and has gained her own fan base thanks to her exploits this season. She could run the state of Arkansas at this point, if she wanted to.

Jessie Harper, Arizona — As she nears Stacey Nuveman’s mark of 90 career home runs and closes in on Lauren Chamberlain’s all-time record of 95, Harper is the greatest active home run hitter. After taking her “super senior” season, she has gone through highs and lows this season but still sits single-digits from the all-time crown. How fitting would it be for Lauren Chamberlain to announce Harper’s selection to AU, too?

Carrie Eberle, Oklahoma State — Since transferring from Virginia Tech, Eberle has continued the success that made her ACC Pitcher of the Year prior to transferring. A more understated personality, her talent is at the top of the heap; the success of Oklahoma State this season, including a series-opening win in Bedlam, has only served to increase Eberle’s profile.

Maddi Hackbarth, Arizona State — Hackbarth turned some heads early in the season with her powerful bat and hot start to the year, and she has only mildly cooled off as the year has stretched on. While her confident approach during her breakout season has ruffled some feathers, she remains not only a hard-hitting slugger but additionally a polarizing personality.

Kayla Wedl, Illinois-Chicago — Athletes Unlimited recently announced that some fans will be allowed into the stands in Rosemont for season 2, and it would not be a surprise to hear a name called on Monday that is familiar to many local fans. Wedl has enjoyed a stellar career for UIC, and has quietly put up some of the best stats in the nation from year to year during her career.