Rounding the Bases with Kristen Hawkins 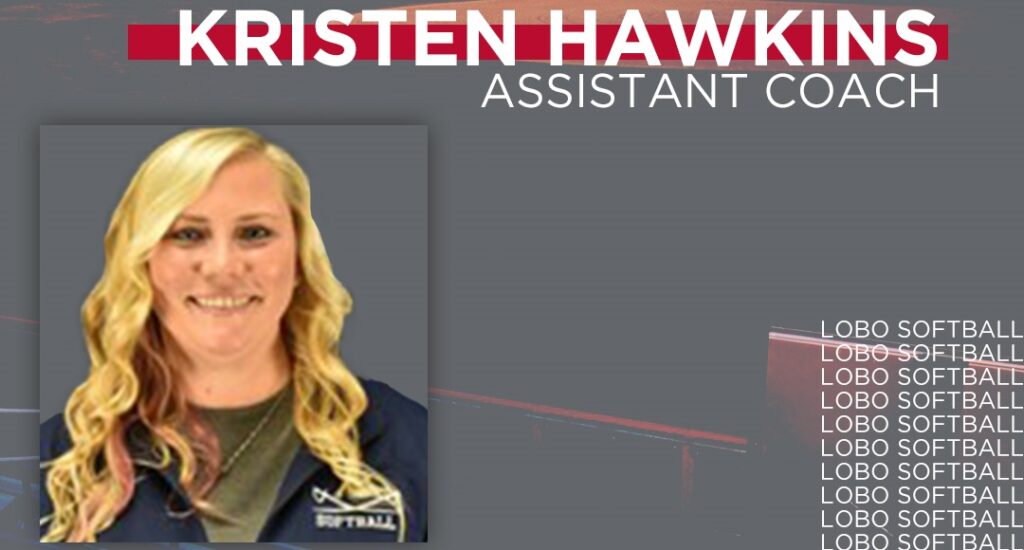 When New Mexico sought out a new assistant coach this summer, the Lobos ultimately turned to a young coach with a solid playing resume and a coaching career diverse at multiple levels.

Kristen Hawkins was a four-year starter at Virginia during her playing career and was part of the first postseason victory in Cavalier program history. She finished her career with thirteen home runs and 57 RBIs, as well as 21 doubles to her credit in nearly 150 starts at UVA.

After her arrival in Albuquerque, Hawkins talked about her various coaching stops; differences between Division 1 and Division 2; and her new role with the Lobos.

JWOS: When did you know that you wanted to pursue a career in coaching?
Kristen Hawkins: I have always known that I would never be able to walk away from the game. I have an intense love and passion for the game and have always wanted to give back to others what the game, and all of my previous coaches, gifted me with.

JWOS: Describe your coaching style. What do you feel are your biggest attributes as a coach?
Hawkins: I am a very energetic and passionate coach. There will never be any doubt how much I love the game of softball and how much I want to compete and try to bring out the same in my players. I believe in my players and try to bring out the very best in them in all areas of life.

JWOS: What were the biggest pieces of knowledge that you gained during your playing career that have benefitted you as a coach?
Hawkins: I was extremely fortunate to have played under Eileen Schmidt at The University of Virginia and had her as my mentor and Head Coach. Coach was the biggest piece of knowledge for me in an various facets. Coach lead by example and through her guidance, I was able to learn exactly what kind of coach I wanted to be to my players. Coach taught me how to be a good leader, how to set high expectations and demand them to be met, but also have/show love and loyalty to your players as well. I learned patience because not every kid can be coached or taught in the same way, I saw how much someone’s love and passion for the game can influence others, I learned what it meant to be truly invested, to think outside of the box and how to do so, she taught me how to believe in myself and how it feels to be believed in, what it means and takes to be completely selfless for your program, but more importantly your players. Directly and indirectly coach taught me to be the coach I wanted and needed as a player, to think ahead, how to be responsible and carry myself, to take pride in what we do, and that none of us are bigger than the game. Coach taught me you get what you give, and what loyalty truly means. I could go on to be honest. I owe a great deal to all of my previous coaches for molding me into being the person I am today, but Coach Schmidt taught me more life lessons and about the game, during my adult years, that I will always look back on and be thankful for.

JWOS: What is your favorite moment or memory from your softball career to this point?
Hawkins: I have been extremely lucky throughout my career to have had so many memorable moments and humbling experiences as a player and a coach. I think two of my most favorite moments for me as a coach, was to see one of my players, Kim Jerrick, tie the LoneStar Conference career homerun record in 2015, and to watch my 2014 team at Midwestern State University lead the nation in homeruns that year. Coming right out of college, it was just so amazing and humbling to see the impact I had on these kids and the game of softball, and watching them work so hard to then achieve such major feats, is more rewarding than I could ever put into words. That was my very first team I coached, and they will always hold a special place in my heart.

JWOS: Is there a “learning curve”, so to speak, when you’re moving between Division I and Division II? Do the differences in rules, schedules, etc. require different approaches for you as a coach?
Hawkins: Going from playing at a power five school to then coaching at a Division II school was a pleasant surprise and I would say somewhat of a learning curve. I was always very thankful and appreciative of what we were able to do, where we traveled to, the food we were given, the gear we received, etc. when I played, so when I started coaching at the DII level, it was extremely humbling and eye opening to realize JUST how lucky we were and made my college experience that much more meaningful. From a coaching standpoint, I have never lost my DI mentality and I coach my players at that level no matter what, even if that means breaking drills down more and having to explain and teach more. I love teaching and talking the game. From a managerial standpoint, the game is played the same, monetarily from a budget standpoint there are differentiations, but you learn to adapt and get creative which is only beneficial in the long run.

JWOS: Any qualms about moving 3/4 of the way across the country for your new role? Even as part of the job, how do you strategize and build new recruiting contacts, etc.?
Hawkins: Zero qualms whatsoever. Right out of college I took the Assistant Softball coaching position at Midwestern State University, out in Texas. The road trip to get to New Mexico was absolutely incredible and I am fully in love with the weather and the food (especially the green chile ranch)! I am still in awe of how beautiful this state is and how lucky I am to be here. I have been very fortunate throughout my career, as a player and a coach, to have made numerous connections with other college coaches and travel organizations from all over the country. I love to work a lot of camps to not only find talent, but to meet and create relationships with other coaches, as well. Being able to sustain those relationships over the years has been a major benefit and made my transition easier.

JWOS: If we’re having this conversation a year from now, with your first season at UNM under your belt, what needs to have happened for you to be able to say ‘this has been a successful year’?
Hawkins: For me personally, a successful year involves a few angles. For instance, success to me is measured on the field and off the field. Did I make my players better as ballplayers and as individuals? Was I able to help my players further their education and help them through other curveballs life throws at us? Was I able to positively impact them? If I can say “yes” to all of that, then I think it was a successful year. Obviously we all want wins and to better the program, and I very much want to help turn this program around and bring it back to being a perennial powerhouse. I also know that that will not be accomplished in a year, so if I can make positive strides in that direction and help create a culture in order to do that, then that is a successful year, in my opinion.