Rounding the Bases with Tonya Medders 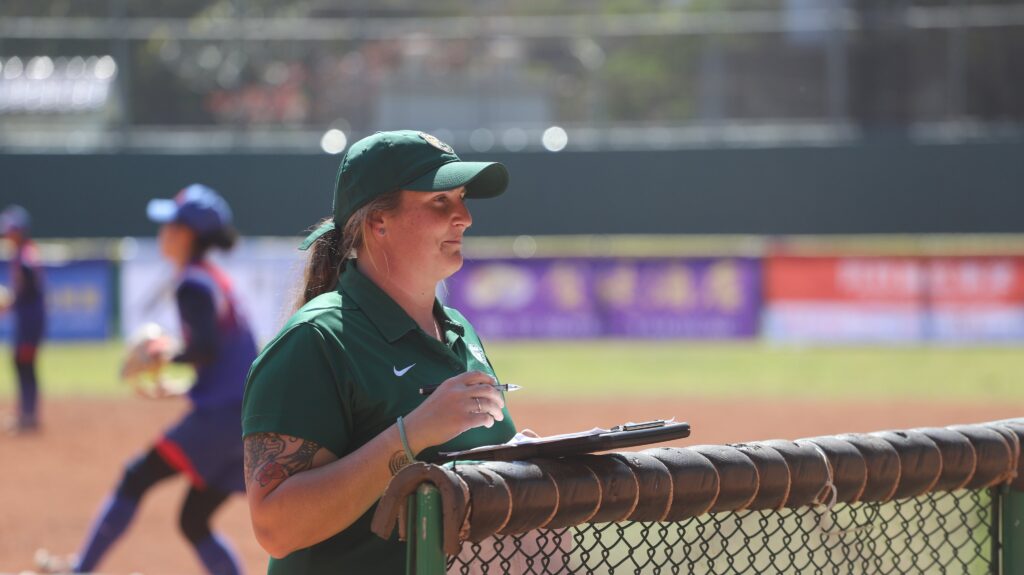 “She is an awesome person that is well liked in our profession. Tonya is very knowledgeable of pitching and knows how to get the most out of her pitchers. We are very fortunate to have her here at Upstate!” USC Upstate head coach Chris Hawkins exuded praise for his new pitching coach when she was hired earlier this summer.

Tonya Medders spent the last five years on staff at Georgia Gwinnett and helped guide the program to a pair of NAIA World Series berths during her tenure. She has coached at every level during her career, from junior college upward.

After her arrival in Spartanburg, Medders talked about her coaching career; coaching in the Southeast; and moving from NAIA to Division 1.

JWOS: When did you know that you wanted to pursue coaching as a career path?
Tonya Medders: I really found my passion in coaching while I was a player in college. I was always involved in camps, clinics, lessons and helping others figure out how we could make improvements by helping each other. I would say the impacts from my high school and my college coaches also played a big role in my decision to become a coach. I love the game but more importantly, I love the relationships I get to build with my players.

JWOS: Did you anticipate any kind of learning curve in going from an NAIA school to Division I? How did you prepare yourself for that learning curve, if so?
Medders: I was talking with Patrick Murphy during my interview process with Hawkins at Upstate, and I asked Murph what the biggest difference was between Georgia Gwinnett and Division I was, and he simply said, “nothing, softball is softball”. Since that conversation, I stayed true to who I am as a person and coach and that has helped tremendously. I would say the biggest difference between the two divisions is the rules. NAIA has limited rules compared to Division I. The transition has been easy because of the support I have at Upstate to help me understand the do’s and don’ts.

JWOS: After coaching in the region for so long, does the regional familiarity play a role in helping you adjust to a new program, etc?
Medders: I do believe being in the region for this long has helped. I have recruited and worked a lot of camps in this area so I know a good bit of the travel organizations and coaches along with the players.

JWOS: Describe your coaching style for me. What do you feel like are your biggest attributes as a coach?
Medders: My coaching style is an open, casual style. I have high expectations of my athletes but I also want them to enjoy what they’re doing. Building a relationship with them is my priority. If we can have open conversations about things they like, don’t like in bullpens or in practice, then we can work through why we do certain things and things we may need to modify for future bullpens / practices. My bullpens are always different and created with purpose. There’s a lot of accountability in them for their success.

JWOS: What are your favorite memories from your playing career?
Medders: I would definitely say my favorite memories in my career were the relationships with my teammates and coaches. I was blessed with two awesome programs with great coaching staffs and teammates. I am still connected with my coaches from both programs and have several friends from Polk and Georgia College. My favorite game memory would be the Peach Belt Conference Tournament Championship game against North Georgia. I had the walk off hit in the bottom of the 9th. The pure joy and excitement our team had in that moment is a feeling I’ll never forget.

JWOS: Does your coaching style change when you go from being a head coach to an assistant, or vice versa? As a coach, what kind of approach do you take to make the necessary adjustments to be the best you can be for your players?
Medders: The transition from head coach at Central Arizona to assistant coach at West Georgia was easy. The head coach at West Georgia was one of my college coaches. She trusted my decisions and allowed me to be myself as a coach. I think the biggest adjustments from head coach to assistant and vice versa is how you communicate with your coaching staff and the student-athlete to coach relationship. I feel as though the style of your coaching should be consistent unless there are things that need to be changed. Those transitions can be easy if you stay true to who you are as a coach. As an assistant you need to be openminded to the program you are transitioning into. Listen, observe, ask questions, learn, etc.

JWOS: If we’re having this conversation a year from now, once you have a season at Upstate under your belt, what needs to have happened for you to be able to say ‘this has been a successful year’?
Medders: Ultimately, winning the Big South Conference Championship, having a 40+ Win Season, a staff goal under a 2.5 ERA and a pitcher of the year in our conference are things I think this program is capable of doing. If returning pitchers improve from last year to this year and we keep a healthy staff, I think that is qualifies as a successful year as well.