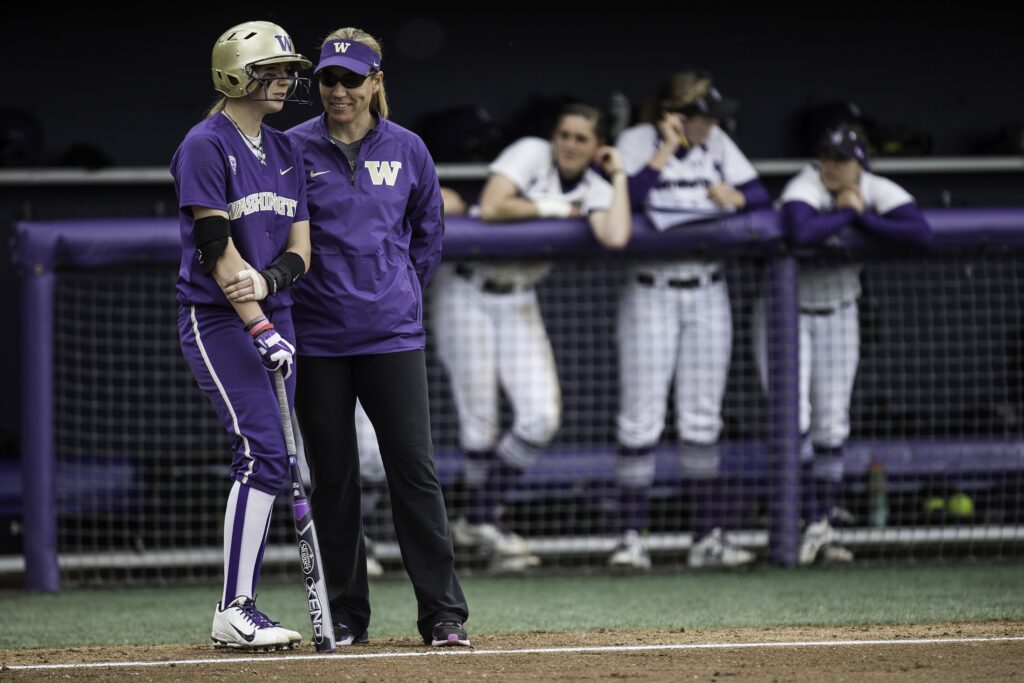 Calling Heather Tarr’s Washington Huskies “perennial contenders” would be an understatement. The program has reached three consecutive Women’s College World Series, standing as one of the last four teams playing in each of those years, and owns seven trips overall to Oklahoma City since 2007.

Entering the 2020 season, the Huskies are among the favorites to take home the national title. After her team finished just a game away from playing head-to-head for the championship last season, Tarr had plenty of quality pieces of the puzzle to build on from her team’s 2019 showing.

“I just think it was an amazing year for us, again,” Tarr said. “Taran [Alvelo] might have had her best year of all, and of course Gabbie Plain, I thought she got better from the year before. I really liked the growth of our group, being able to see freshmen like Sami Reynolds and the year that she had for our team… Kaija Gibson playing first base and holding that down… I was really proud of our team for giving ourselves the chance to be where we want to be, contending for a national championship.”

Pitching has long been a strength for Tarr’s program, and her squad enters 2020 with a combination of experience and youth that could be deadly for opposing offenses. Plain, now a senior, helms and anchors a staff that also includes a pair of highly-touted freshmen in Kelley Lynch and Brooke Nelson, as well as former DePaul transfer Pat Moore.

“I think the one thing we do know about Gabbie, in her career thus far, is that the more she pitches, the better she is,” Tarr noted. “Just watching that play out the last few years, we definitely know that we’re going to rely on her. We have some development objectives here for Brooke Nelson, Kelley Lynch, and Pat Moore. And, you know, we’re going to need do what we gotta do to win every single game that we can win, but not at the expense of the development of the young ones, development in terms of within our program and within our system.”

No shortage of offensive weapons highlight the Husky lineup, including spark plug Sis Bates and all-American backstop Morganne Flores. Reynolds, after an impressive freshman campaign, should be a valuable part of the batting order once again.

“This team has the ability to hit for more power and slug more, just as a group,” Tarr said. “They’re going to be able to put up more runs than we have… look at 2016, what was probably our best offensive team that we’ve had here, and it’s not that we’re going to back to those years, but I think this team has the ability to scratch the surface of those slugging numbers, the on-base percentage of what that team was able to do… and also, all of our pitchers hit. Lynch, Nelson, even Gabbie Plain and Pat Moore. The four of them, they’re able to produce offensively for us so I’m interested to see how they factor into our offense, as well.”

One of just a handful of top-level coaches who lead their own alma mater, Tarr had an impressive 2019 even outside of her team’s on-field successes, as she was inducted into the Little League Hall of Excellence in Williamsport in August and was named to the Team USA Olympic team coaching staff in November.

As she looks ahead to the 2020 campaign, and as her squad gets ready for the year ahead, Tarr knows how she will measure her team’s success in the season to come: “”[Our x-factor] will be our experience and playing the Husky Way,” Tarr said. “How we play the game, our shutdown defense, and our ability to understand over three years now, as a group and especially our senior and junior classes, how to get to the College World Series. They know that they have unfinished business, and it gives you peace of mind as a coach to know that your team is hungry to make good on the last three years of opportunity.”

The Huskies kick off their season in Atlanta, Georgia on February 7th against Ohio.