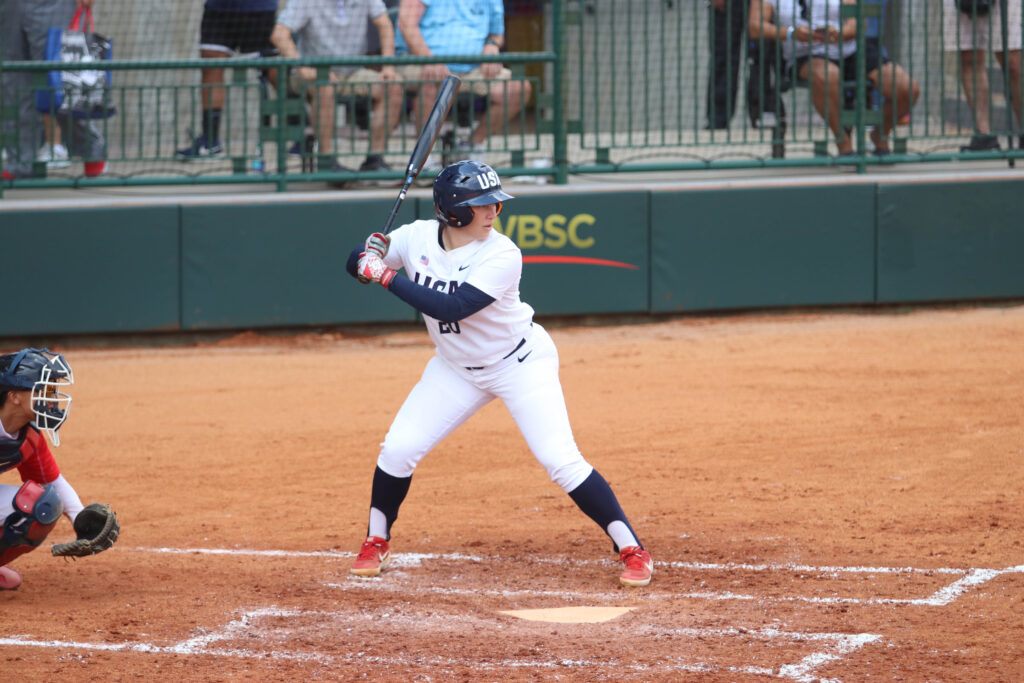 Although the Olympics weren’t in the picture for the sport of softball for much of the past decade, international softball competition pressed onward, ultimately culminating in a 2018 announcement that diamond sports were returning the Games in 2020.

Valerie Arioto is one of just two players who spent nearly the entire decade in the red, white, and blue. For most of the decade, a large question mark loomed as to whether the game of softball would even return to the Olympics, but Arioto stayed loyal to the national team, morphing from team rookie to seasoned veteran as time went by.

Oh, and she also put up incredible offensive numbers in the process. A 4-time World Cup of Softball gold medalist, Arioto also owns a quartet of World Championship medals, with two golds and two silvers spanning the decade. In the 2012 World Championship, when she helped lead Team USA to a silver medal, Arioto batted .381 with three home runs and thirteen RBI. In 2016, she collected a .611 batting average with seven home runs and eighteen RBI en route to standing with her team atop the medal stand.

The 2012 Cal product was a 3-time All-American during her time in Berkeley, and has consistently shown herself as one of the world’s best hitters at a point in time when quality offensive weapons are at a premium.

Rock solid at the first base bag, Arioto is nearing the decade mark of her tenure with Team USA, and has proven herself to be a cornerstone of the US national team’s offering on any and every stage. A name that modern young softball fans now see as simultaneous with Team USA softball, Arioto has undoubtedly earned the title of Team USA Player of the Decade.