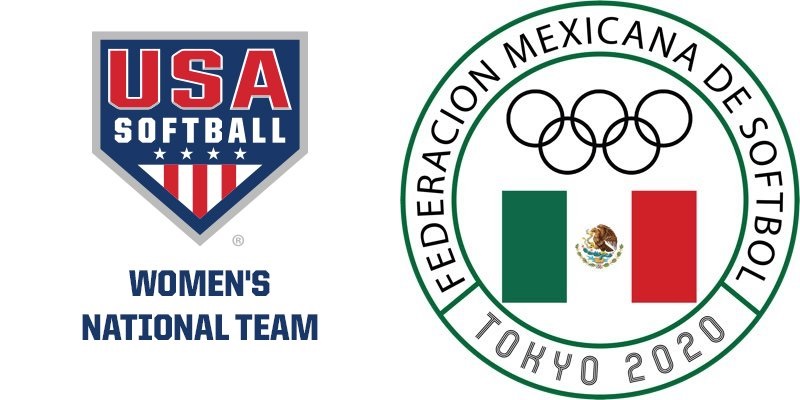 Team USA swept their 3-game series over Mexico this week, in a series that gave a preview of what’s to come when softball officially returns to the Olympic slate this summer.

Originally scheduled to play in mid-February in Texas, the exhibition series was postponed when an ice storm and freezing temperatures struck much of the south. The games were rescheduled for this week, and were relocated to the Eddie C. Moore Complex in Clearwater, Florida.

On the United States side, Cat Osterman dominated the Mexican team in her one outing of the series, recording eight strikeouts and posting a shutout. For Team Mexico, Chelsea Gonzales looked sharp with the bat and was easily the standout of the series for her squad.

Game 1 of the series was a 4-2 victory for the US, with Keilani Ricketts and Ally Carda seeing time in the circle. Randi Rupp Hennigan, a former Texas State star and part of the Athletes Unlimited debut roster, also pitched in the game; Hennigan’s presence on the staff is in a ‘training-player’ role, strictly for similar exhibition games.

Danielle O’Toole got the start for the Mexican team with Sierra Hyland in relief. Anissa Urtez hit the first home run of the exhibition season for Team Mexico, and Suzy Brookshire-Gonzalez led the team with a 2-3 performance at the plate.

In Game 2 of the series, three Team USA batters hit home runs and the US recorded a run-rule victory under international mercy-rule guidelines. Ali Aguilar, Kelsey Stewart, and Hannah Flippen each recorded their first home runs of 2021 in the matchup, and Cat Osterman shut out the Mexican squad and recorded eight strikeouts en route to earning the win.

Former Arizona great Taylor McQuillin took the brunt of the impact in the circle, throwing 5.1 innings and allowing six earned runs. Sydney Romero and Gonzales were the only two Mexican players to record a hit against Osterman.

The tightest game of the series came in game three, when Team USA overcame an early deficit to post a comeback win and secure the series sweep. Carda started the game in the circle, with Ricketts appearing in relief. McCleney added a home run for the US squad en route to the 5-3 victory.

Chelsea Gonzales had quite a day at the plate in the finale, hitting a pair of home runs and recording three RBIs. Gonzales, a former Arizona State standout, had two of the Mexican team’s three hits on the day, and drove in all three of her team’s runs. Four Mexican players did earn walks in the game, and it was a group effort in the circle as O’Toole, Hyland, and Yeraldine Carrion all saw work.