Tokyo Preview: Everything to Know as Softball Returns to the Olympics 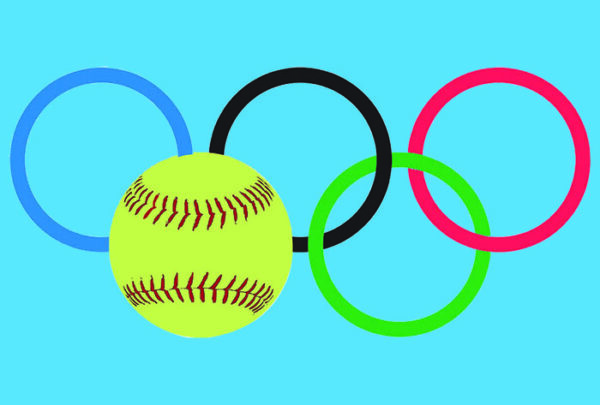 The countdown is now down to just hours before softball officially returns to the Olympic stage. Host nation Japan and Australia will participate in the opening game that will air on Tuesday evening in North America.

For ease of reference, Tokyo time is 13 hours ahead of the Eastern time zone in the United States and 16 hours ahead of the Pacific time zone. Games played in the morning at the Olympics, thus, will be in the evening and wee-morning hours in the States.

Some games from the Olympic softball tournament will be shown on television, including every Team USA game and both the Gold and Bronze medal games. Televised games may be found on a variety of channels under the NBC label – click here for a full Olympic schedule. All Olympic softball games will also be streamed live on NBCOlympics.com.

Each team is limited to a 15-member roster for the Games. All six national programs have rostered players whose names are familiar to fans of college softball.

The Washington Huskies boast the most Olympic alumni, with five former Huskies participating in the Games. Team Canada has three Washington alumni on their roster, while Australia and the United States have one Husky each.

Hawaii and UCLA come in with four alumni representing their college program in the Games. All four former Rainbow Wahine are on the Australian roster, while UCLA’s alumni are all on Team USA.

Five other collegiate programs boast multiple alumni in the Olympic Village; Arizona State, Florida, and Arizona each have three representatives on Tokyo rosters, while San Jose State and Oklahoma each have a pair of alumni playing in the Games.

A total of 42 college programs have at least one alumnus on an Olympic softball roster in 2021; 39 of those are Division 1 teams, one is a Division 2 program, and two are Division 3 squads.

BREAKING DOWN THE ROSTERS

Team Japan, as the host country, also is the gold medal favorite entering the Games. Longtime ace pitcher Yukiko Ueno returns in the circle for the Japanese, one of just three pitchers listed on Japan’s online roster. Outfielder Eri Yamada is also part of the Japanese team; her name might be familiar to domestic audiences following her multi-year stint in the National Pro Fastpitch league.

Stacey Porter returns as captain of Team Australia and her bat remains one of the most lethal in the world. The Aussie roster is full of veterans, and the team’s pitching staff is particularly potent. Kaia Parnaby has paid her dues and is the undoubted ace of the staff, while Gabbie Plain, Ell Roberts, and young Tarni Stepto round out an impressive unit.

Canada’s return to the Games includes an impressive squad that is full of players who have spent the better part of the last decade wearing the Maple Leaf and biding their time in search of an Olympic dream. Look at the outfield grass for some difference-makers for the Canadian squad – Jen Gilbert, Victoria Hayward, Erika Polidori, and Larissa Franklin are all seasoned veterans, as well as some of the more potent hitters in the Canadian order.

One look at Italy’s roster and your eyes immediately gravitate to world-class hitter Erika Piancastelli. The former McNeese All-American is one of the best in the world at the plate, but she is joined by an impressive cast of characters on the Italian squad. Former collegiate standouts Emily Carosone and Andrea Filler have joined the club in the past couple of years, while Greta Cecchetti remains a difference-maker in the circle with her stellar pitching.

Mexico has never played Olympic softball before, and the Mexican program put together a stacked roster for their first venture in the Games. The Mexican roster is practically a Who’s Who of former collegiate All-Americans, with names like Dallas Escobedo, Sydney Romero, and Amanda Sanchez in the dugout.

Finally, Team USA; easily the most familiar team for domestic audiences, the US roster prioritized veteran national team experience and versatility. Monica Abbott and Cat Osterman are two of the best in history, and both headline the US’ pitching staff. Just-graduated Dejah Mulipola and Bubba Nickles are two to watch the plate; both may find themselves as role players in the Games, but both are young and offensively potent.

WHO TO WATCH IN TOKYO

Let’s talk about Yukiko Ueno; yes, she’s the easiest player to fill this role for the Japanese program, but she’s also an international legend and one of the sturdiest and most consistent pitchers in softball. Ueno is nearing forty years old and is coming off an injury, but she remains the ace of the Japanese staff and a veteran leader on the roster. Ueno’s dominance in the circle during her international career will be both relied upon and necessary for Team Japan to control some potent offenses in the 2021 Games.

For Team Australia, you’ll want to keep an eye on Kaia Parnaby and Michelle Cox. During the Asia/Oceania Olympic Qualifier in 2019, Parnaby threw three complete-game victories, posting a 1.40 ERA and guiding the Aussies to an undefeated run to clinch their Olympic berth. A professional veteran of both the American and Japanese professional leagues, Parnaby is the ace of a stacked Aussie staff. Cox, for her part, also enjoyed a stellar performance in the Olympic Qualifier in ‘19, batting .340 and helping lead the Aussie squad at the plate. The Aussies check a lot of boxes well, and Cox will be a major part of their speed and small-ball approach.

Speaking of that Canadian outfield earlier, that’s the place to look for fireworks in the Maple Leaf uniform. The Canadians have participated in every Olympic Games since 1996, but have never medaled. This year’s squad might be their best chance to do so, and veterans like Jen Gilbert and Victoria Hayward will play a major role in that endeavor. Look for power hitting, yet also consistent offensive approaches from the Canadians’ veteran outfielders.

Two former American collegiate stars joined Team Italy and immediately made an impact, earning regular playing time during the run-up to the Games. Emily Carosone and Andrea Filler were both feared hitters and excellent defenders while in college, and look for them to continue each of those traits in Tokyo. Both can be game-changers with the bat and with the glove.

As Mexico vies to go 1-1 in the Olympic medal department, look at the team’s power department for results. Hitters like Tori Vidales, Brittany Cervantes, and Sydney Romero boast powerful bats and the Mexican team can stack up runs in a hurry. Their pitching staff should keep them in games and the hard-hitting offense should make things interesting in late innings.

Enigmatic might be the best word to describe Team USA in these Games. Abbott and Osterman, proven commodities, are the easy names to fall into this category, but instead, let’s talk about the US’ power-hitting trio of Amanda Chidester, Valerie Arioto, and Haylie McCleney. In exhibition games this year, Team USA struggled offensively at times. McCleney is a world-class hitter and still has the skill to play both small ball and the power game. Chidester and Arioto, though, have never been more valuable than they are for the next week. Both need to be on top of their game, hitting home runs and getting on base regularly, as the US has to run possibly the toughest gauntlet in their Olympic history if they want a gold medal.

To clear up any potential confusion based on outside social media posts – including from the NCAA – UCLA standout Aaliyah Jordan and Michigan great Sierra Romero are NOT on Team Mexico. Both had played portions of an exhibition schedule with the Mexican team, but were not selected for the final roster.

Additionally, Team USA alternates Keilani Ricketts, Hannah Flippen, and Taylor Edwards were not allowed to stay in Japan due to COVID-19 protocols and will be returning stateside. In years past, Olympic alternates were allowed to remain with their national teams throughout the Games, but a change in many practices given the current climate prompted the trio to return.