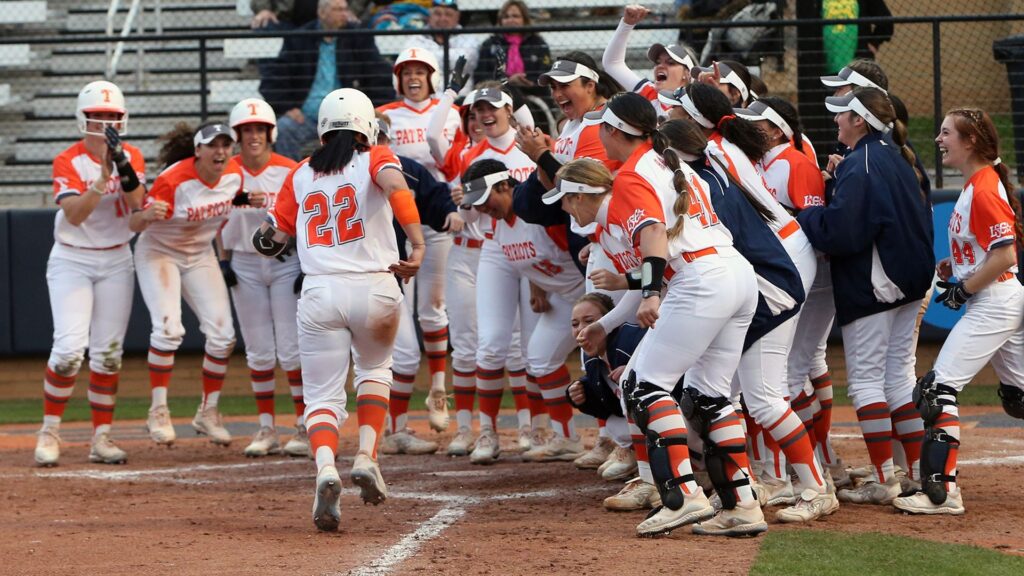 The UT-Tyler Patriots have earned the distinction of being named the JWOS D2 Team of the Week for week 2 of the Division II regular season.

After moving up from Division III prior to the season, the Patriots have started their D2 tenure an undefeated 10-0, and finished the weekend 5-0 at their hosted tournament with a pair of wins over ranked opponents.

After beginning the weekend with an 8-6 victory over Texas A&M International in Tyler, the Patriots later recorded a 3-2 win over Arkansas-Monticello to close Friday’s doubleheader. An offensive slugfest led to a 17-15 win over #23 Arkansas Tech on Saturday, and a 5-2 victory over Texas Woman’s closed the tournament’s second day for the squad. Sunday’s mid-afternoon matchup against #14 Southern Arkansas finished in an 8-inning 11-8 win for the Patriots, who posted their second ranked win of the weekend.

Three Patriots players recorded at least one hit in each game, including leadoff hitter and center fielder Haleigh Swinney, who went 9-16 on the weekend, good enough for a .563 batting average. She recorded one extra base hit, stole a base, earned six walks, and scored seven runs.

Head coach Mike Reed and the Patriots are now 10-0 on the 2020 season, and have outscored opponents 93-59 during the 10-game winning streak.