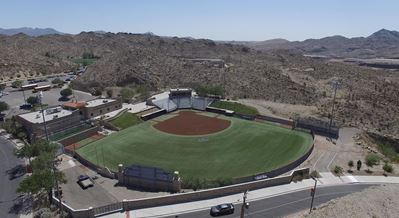 The UTEP softball program has paused and canceled upcoming games due to COVID-19 protocols.

All seven games have now been cancelled.

In a statement announcing the cancellations on Tuesday afternoon, UTEP noted that the reason for the cancellation is due to “positive COVID-19 tests within the UTEP softball program and subsequent contact tracing.”

UTEP currently sports a 4-8 win-loss record on the year, and went 2-2 this past weekend in their own hosted tournament. Following the cancellations, the Miners’ next scheduled game is March 19th against Texas Tech.