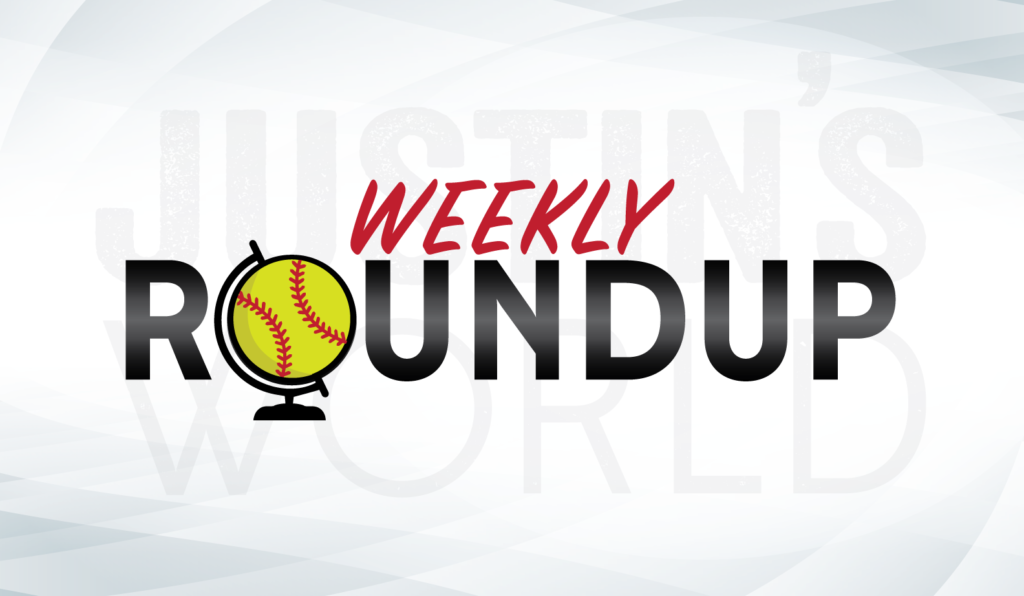 CSUN head coach Charlotte Morgan’s team finally debuted in 2021, and she got her first career win out of the way right off the bat; the Matadors took a 4-3 victory over Cal Poly to open their season and Morgan’s tenure as head coach… more than a dozen games into their own season, Florida A&M finally got first-year head coach Constance Orr her own inaugural win. FAMU took North Carolina A&T to extra innings in game 3 of their 4-game series, scratching across a run each in the 7th and 8th innings to take home the win and finally get Orr into the win column as a head coach.

The 3-game exhibition series between the top-ranked Sooners and the Mexican national team pitted Patty Gasso’s club against one of the six clubs that’s preparing for the Tokyo Games this summer. The Sooners strung together a series sweep, shutting out the Mexican team in game one and outscoring their opponents 25-4. The team put a pair of losses on Danielle O’Toole and one on Taylor McQuillin, while four Sooners went deep at the plate. Grace Lyons hit a pair of home runs in the series. Giselle Juarez earned a pair of wins in the circle for Oklahoma, while Shannon Saile got the win in Game 2.

Stop me if you’ve heard this before, but Keely Rochard is a pretty good pitcher. Strike that; Keely Rochard is a pretty great pitcher. No, strike that too – Keely Rochard is insanely good. That’s more like it. In a series against Pitt, Rochard recorded forty-six (46!) strikeouts in eighteen innings of work. She gave up three hits and allowed four free passes, including three walks and one hit-by-pitch. In two of Rochard’s three appearances in the series, she pitched complete-game shutouts with matching NINETEEN-strikeout performances.

STELLAR DEFENSE FROM A USC-UPSTATE FRESHMAN

USC Upstate freshman outfielder Bre Cooper made a pair of stellar catches in a game against Presbyterian. The first catch took Cooper across her own body and backward, but she pulled it off with ease. Cooper’s defensive performance later earned a spotlight on SportsCenter.

Georgia’s defense was about as sloppy as ever this week, as the Bulldogs made thirteen errors in their three-game series against Missouri. Sydney Kuma looked lost in the field, committing five errors all on her own. Sara Mosley and Payden Bordeau each committed an error, while Mary Wilson Avant, Savana Sikes, and Sydney Chambley each committed a pair of miscues. The team made errors in key situations, but were occasionally bailed out by a pitching performance or recording key outs at the right time.

Despite the errors, though, the Bulldogs managed to squeak out a series win against the Tigers. The Dogs hit nine home runs in the series, including a pair of longballs each from Kuma and Lacey Fincher. After scoring just one run in the series opener, Georgia scored eight runs in the first inning of Game 2 en route to a 14-10 victory, and again rode a big inning (this time a 6-run 3rd) in the rubber match to win the series.

IRONS IN THE FIRE

Monmouth opened their season this weekend, along with their MAAC compatriots, and Alyssa Irons looked as good as ever in the circle. Irons posted a 3-0 record on the weekend, with a 2.00 ERA to her credit to start the year. Irons threw a 9-inning game against Canisius on Saturday, collecting seven strikeouts in the win, and added eleven strikeouts in twelve innings across two games on Sunday to begin the year undefeated.

Jenna Cone set a program record in the series finale, becoming the first player in GW history to hit three home runs in one game. She also set the single-game RBI record with seven to her credit in the contest. She now owns 62 career home runs during her career, and set a pair of program career records with her 238th career hit and 165th career run scored. Sierra Lange starred for the Colonials at both the plate and in the circle, starting all four games at pitcher and recording a 3-0 record. She collected eighteen strikeouts in sixteen innings of work. At the plate, Lange batted .667 with ten hits, four runs scored, and eight RBIs. In the third game of the series, she hit a pair of triples and a 3-run home run in a run-rule victory for her team.

A TALE OF TWO TEXAS TECHS

A segment on SportsCenter, a featured story on MLB.com, and a lot of social media traffic all awaited Texas Tech’s softball team after their performance on Sunday. A 23-0 victory over Tarleton included three grand slams – including two from Karli Hamilton – and a no-hitter by Missy Zoch, all in one game. The Red Raiders were clicking on all cylinders in the game, and ended the weekend on a terrifically-high note. Just one day earlier, though, the exact opposite had been the case, when the Red Raiders lost games to both UTEP and the very same Tarleton team that they would beat up on just one day later.

A REUNION WORTH SEEING

Norfolk State pulled off quite a surprise for one of their players, surprising her pregame with the presence of her mother who flew in from the other side of the country.

when your mom flies from the other side of the country to come surprise you before game day🥰#WeAreEnough #ItsAMindset #Behold pic.twitter.com/sqo7vNbD5j