After hot start to 2020, Delaware out to prove they were no fluke 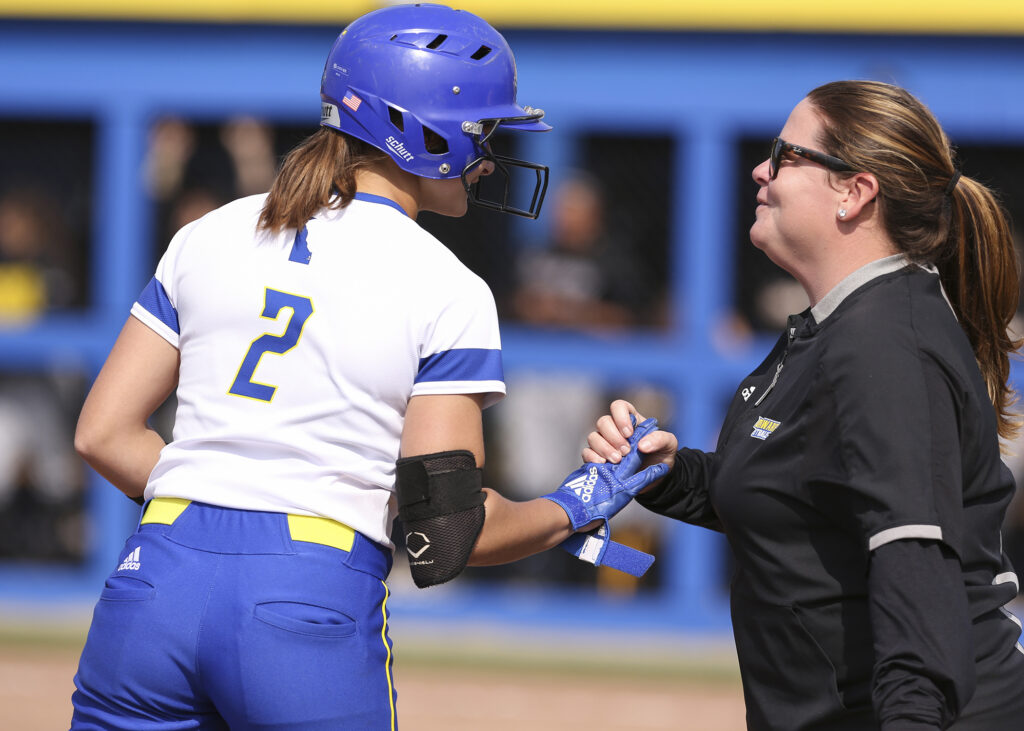 The 2016 season was the last time that the Delaware Blue Hens finished a full season with a win-loss record above .500. When Jen Steele arrived in Newark as head coach prior to the 2019 campaign, she set out to revitalize and rejuvenate the program.

During the early goings of the 2020 season, Steele’s club truly broke out; their 19-4 record was the best showing of any team in the Colonial Athletic Association during the abbreviated year. The Blue Hens were riding a 7-game winning streak when the season ended in mid-March, and owned wins over Boston College and Loyola Marymount.

“We want [our players]to remember what that first taste of success felt like,” Steele noted in a recent phone interview. “Because when you’re 19-4, that’s a pretty strong start. I think the coolest thing for me, as a coach, was to see them all-in all the time last year, because most of the athletes in our program haven’t had success like that. You could feel the momentum building.”

When the fall rolled around, after months of quarantine and being apart from one another, the Blue Hens were able to return to campus with safety protocols in place. Getting to go through team activities was something that Steele described as “pretty fortunate” for her players and program.

“We were able to bring everyone back this fall, and were able to have athletes even living on campus,” Steele said. “Almost all of our classes have been virtual [at Delaware]; classes started in September and we were able to begin team practice around the first week of October. We had a slow and methodical re-socialization and re-acclimation period, and then we worked in small groups and did skill development. But then we had everyone out on the field, and we were able to go right up until the week of Thanksgiving for the most part… We got a lot of live situations, and it was honestly much better than I anticipated, given what we saw happening across the country and in the northeast and our region. I really think we are fortunate with what our administration and medical staff, both in athletics and at the university level, were able to provide us.”

Two members of last year’s senior class elected to return for another chance at their final season, giving the Blue Hens a healthy roster of twenty-one players going into the spring. “I feel really good about the roster size at this point,” Steele said. “I’m not a big roster coach, just because I think player management is a huge component of having success. And when numbers get too big, it can be hard to manage that. So right now, I think we’re in a pretty good position with who we’ve got.”

One of the most impressive pieces of UD’s 2020 success was the team’s pitching staff; the 4-member unit combined for a 2.16 cumulative ERA and a strikeout/walk ratio better than 3/1. With all but one member of that staff returning, Steele sees the pitching circle as a decidedly bright spot for her team in the coming season.

“Emily Winburn is a sophomore now; she’s fun and competitive and in control and command the entire time. I thought it was pretty unique for a freshman to have that much poise and trust from your defense in your first year in college,” Steele said. “Kailey Christian led us in strikeouts last year, and she had a really impressive fall. She gets a lot of swings-and-misses and she’s also one of our better hitters; she’s a ball player first… Sarah Piening is one of our 5th-year seniors who came back, and if you look at her progression over the years, it has been constant improvement. She’s someone who is going to give you competitive innings and has experience under her belt. That maturity is important… and then we have two freshmen in Delani Sheehan and Kendall Shank that I’m really excited to see in the circle.”

Things will look a bit difference in CAA play this year; after an initial plan was scrapped, the conference has now been partitioned into North and South divisions for the coming year. Delaware, Drexel, Hofstra, and Towson are designated as part of the North division and will play six games against each of their divisional foes. For her program, Steele said that the Blue Hens will play a maximum of thirty games, which will limit their non-conference play to twelve match-ups after the consideration of the conference slate.

Look for the Blue Hen offense to be ready to roll right out of the box; Hanna Garber led the team with five triples last year, while Brooke Glanden posted a team-high batting average of .457 during the abbreviated year. Brittney Mendoza tied with Glanden for the team lead with four home runs, while returning 5th-year senior Karolina Flores posted a .340/.566/.485 slash line. The quartet of standouts should sit atop the Blue Hen lineup, and could wreak havoc on opposing pitching.

“We look for the complete hitter,” Steele said. “Someone who has the ability to drive the ball out of the ballpark is awesome, and we’re always going to look to recruit that kind of player. But we also like kids that can run, and score a lot of runs, and hit singles… It worked out where we have a good balance [in the lineup]; I really think we just have some good talent on this roster right now, and that’s exciting.”

As Steele, her staff, and her players prepare for a 2021 season that remains marked by uncertainty, she expects a long-standing strength to come in handy. “For our staff, I think we’re pretty flexible, honestly,” Steele mused. “We’re good at adjusting; we always tell [the players]that we want them to learn to ride the wave. You can’t get crushed by it; you’ve got to learn to surf. We use that analogy for a lot of things – from an umpire’s strike zone to weather delays. There are so many unknowns right now, but you have to work on seeing what’s right in front of your face. If there’s one thing to take from [2020], you have to plan to not have a plan.”