Where Are They Now: Caitlin Blanchard 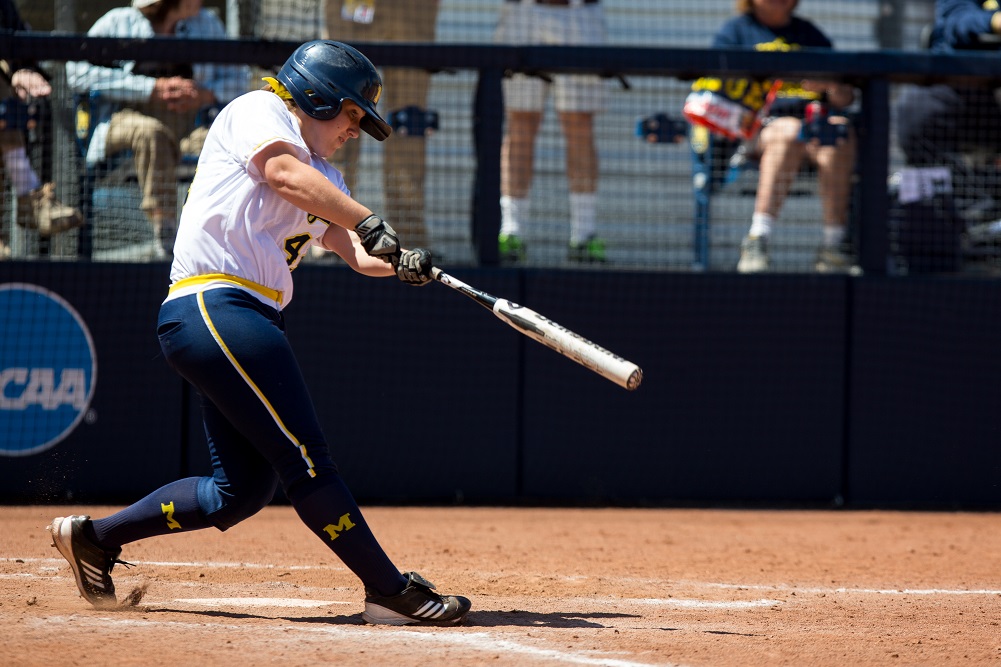 Who is she? Caitlin Blanchard, a former infielder and catcher for the Michigan Wolverines.

What is she known for? Blanchard was a mainstay in the early-2010s Michigan batting order, appearing in more than 200 games during her 4-year career in Ann Arbor. After beginning her career as an all-conference catcher, Blanchard was a 2-time All-Region selection as a first baseman in her junior and senior years.

Here’s something interesting… In addition to her previous and continued skills on a softball diamond, Blanchard also has a musical gift and plays the alto and tenor saxophone. She was even a member of the Illinois-Springfield university band in 2020 before the year was cancelled due to the pandemic.

Quotable quote: “[To young softball athletes], enjoy playing the game and putting in the work. It’s tougher than ever to be a young person, especially with social media and the pressure to put yourself out there to the world at all times. The pandemic has made it worse for young athletes trying to get recruited, since you now have to rely on putting so many clips of yourself playing on the Internet. But despite the pressure from Twitter/Instagram, I would like for them to keep in mind that they are not a brand. It’s okay if they don’t have constant content or a ton of followers. Put in the work, whether a camera is present or not. You don’t need a hitting coach, and Rapsodo, and a thousand Instagram followers in order to be a good softball player. It still all comes down to enjoying what you’re doing and putting in the work. Each person’s playing career and recruiting journey is different, so do your best to not compare yourself to everyone else on the Internet and stay focused on what you love about the game and how you can get better.”

What’s she up to now? After graduating from Michigan in 2014, Blanchard worked in a handful of various roles, including refereeing some non-diamond sports and as a high school softball coach. After a couple of years of coaching in the high school ranks, she entered the collegiate coaching world. After two years on staff at Black Hills State, she took on a role at Division 2 Illinois-Springfield, where she is currently the program’s top assistant coach.

Keep up: Find Blanchard on Twitter @blanchard_44, and keep up with the UIS Prairie Stars on the same platform, @uis_softball.