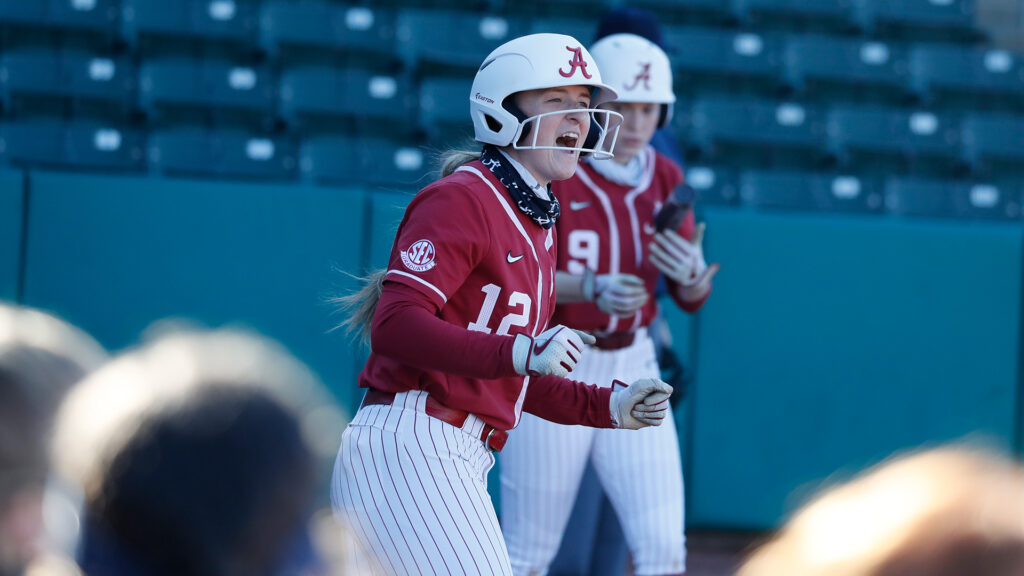 Alabama senior Kaylee Tow has been named the JWOS Player of the Week for week 2 of the Division 1 season.

Guiding her team to a 4-0 record during the second week of the season, Tow posted a .786 batting average and was named the Most Valuable Player of the Easton Bama Bash. The Crimson Tide’s impressive showing included a pair of wins over rival LSU.

In the weekend opener against Liberty, Tow went a perfect 3-3, recording an RBI and scoring a run. She added a 2-3 performance in the Tide’s second game against the Flames, recording her second home run of the season and notching three RBIs, two runs scored, and a walk.

Against LSU, Tow went 3-4 in the opener between the teams, with a double and a run scored to her credit. It was in the weekend finale, also against LSU, that she truly shined, going 3-4 with a double, three runs scored, and five RBIs. Tow’s runs batted in total in the game set a new single-game record for her career and contributed to the Crimson Tide’s highest-ever total of runs scored against the Bayou Bengals.

For the weekend tournament as a whole, Tow collected eleven hits, recorded nine RBI, and scored seven runs. She recorded a multi-hit performance in every game.