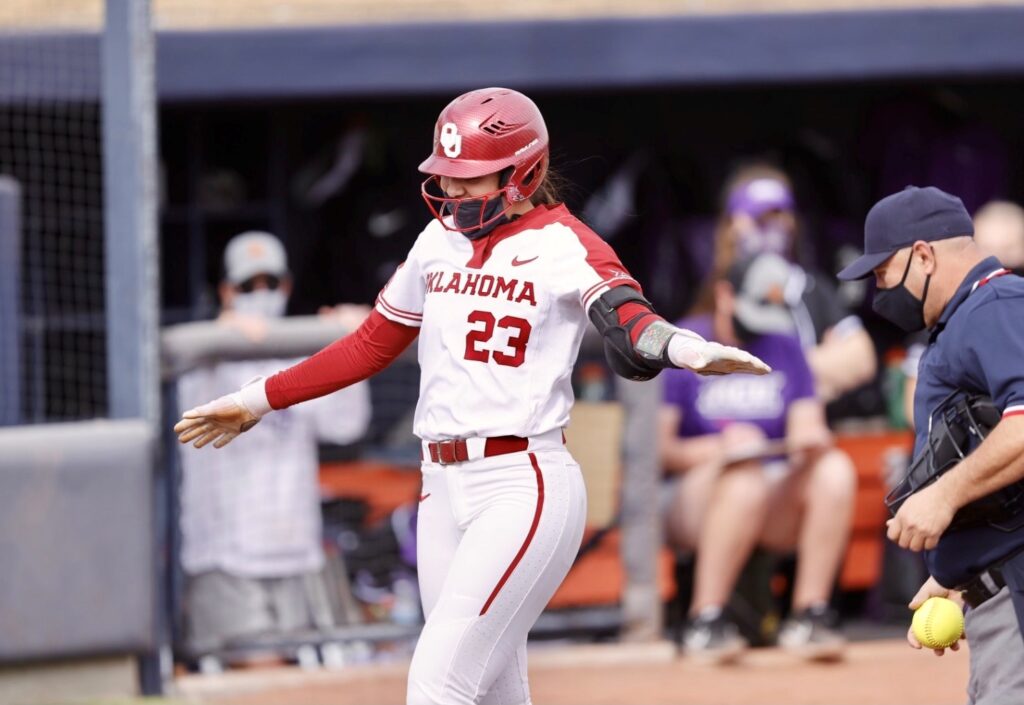 Oklahoma freshman Tiare Jennings has been named the JWOS Player of the Week for opening week of the Division 1 season.

In her first games as a college softball player, Jennings batted .923 and only recorded one out in thirteen ‘official’ trips to the plate. She collected five home runs and twelve RBIs on the weekend, posting a 2.308 slugging percentage and a .941 on-base percentage.

Batting second in the lineup in her first collegiate game, Jennings went a perfect 4-4 against UTEP with three home runs and six RBIs. She was one of four Oklahoma players to record a multi-home run effort in the 29-0 offensive onslaught by the Sooners. Jennings also earned two walks and scored four runs in the season-opener.

On the second day of the season, Jennings moved to the leadoff spot for her team’s second game against Abilene Christian. From the top of the batting order, she again went a perfect 3-3, hitting her fifth home run of the weekend and notching three RBIs. She closed out the tournament with a 3-3 performance against UTEP, with two RBIs, two walks, and four runs scored to her credit.

Jennings ended the week leading the Sooners in nine major offensive categories, including being the only Sooner to reach double-digits in runs scored.