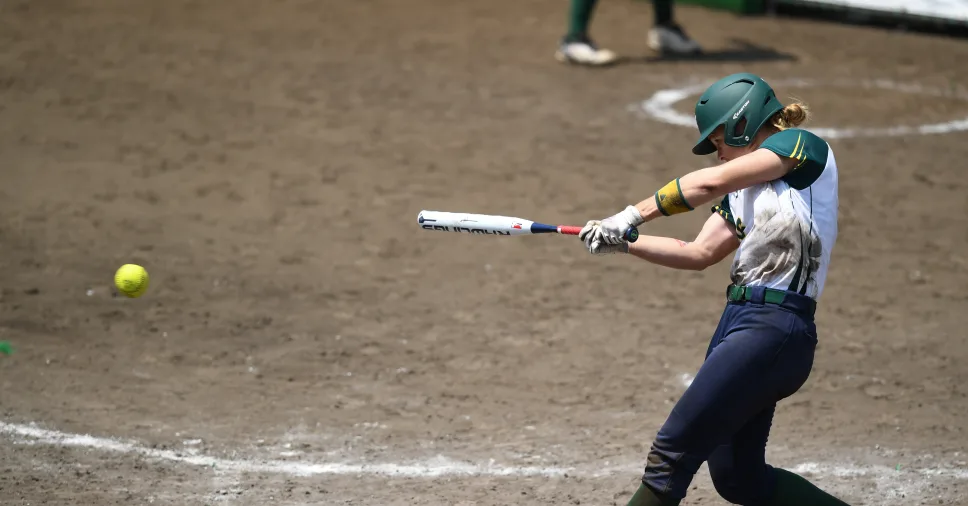 The Tokyo Olympic Games were the final international showing for a number of softball players, and among those ranks was Australian legend Stacey Porter. One of the most decorated softball Olympians in history, Porter was the captain of the Australian Olympic squad as the recognized veteran of the Aussie softball roster.

For the first time, Australia did not receive an Olympic medal in softball; the team from Down Under had medaled in each of the previous four Games where the sport was sponsored. Following the final game of Porter’s Olympic career, the Aussie great took to social media to reflect on the Tokyo Games and the final stage of her playing career.

“Tokyo 2020 has officially finished & I’m finally allowing myself the time to reflect and put into words what it meant to me to represent the Aussie Spirit,” Porter began one post. ” I’ve been struggling to find the words, as my time has also come to an end in my favourite uniform. Watching the Olympics and other athletes compete over these last 2 weeks has me feeling all kind of emotions – pride, envy, admiration, frustration, love and happiness. How bloody good did our athletes represent our country, the Olympic spirit is something else 💚💛❤️🖤 Our week back on the Olympic arena was not at all what I wanted it to be, I’d be lying if I said I was satisfied with my Olympic experience this time. I wanted more. We didn’t hit our potential & that’s a hard pill to swallow when you dedicate your whole heart to it. What I do know is I am proud of our journey & I’m proud of every single athlete that was involved in our entire Olympic campaign. Thank you for the sacrifices, the commitment & the want!! We had it, but it wasn’t our time.

“I honestly pinch myself when I consider the chances I’ve had to play this game. The amount that I’ve learned in my time with the Aussie Spirit is immeasurable. I was a different athlete & person 20 years ago. If there is anything I can pass onto those still to come it is this. I believe I evolved as an athlete until the day I finished. So please never stop learning & making sure you’re being the person you want people to look up too! It was always important for me to be a person before an athlete.

“Thank you to those athletes before me who led the way & taught me to be stronger. I’ll forever be grateful coming into this game at a time you were taught hard lessons. It set me on my path.”

In a second, follow-up post, Porter added, “Thank you from the bottom of my heart to every single person who reached out before during and after the event. I’ve been immensely overwhelmed with the support and well wishes. The stands were empty in Tokyo but our hearts were full!! Special mention to my Mum, Kristy & Mel who have forever been in my corner, you were & will be forever in my heart!! To that beautiful man shining down on me who I missed the most! Thank you for giving me the ability to love something as much as I did, I know you would’ve been the proudest, you always were!! Thank you Mr Webb for the vision and belief you had in me way back when & to Maz & Kez you’ve always been more than supporters to me! Thank you to the rest of my family who have always show me nothing but support! Thank you Softball Australia, Softball NSW & my current club Brisbane Panthers for the opportunity to represent you.

“It started as a dream for me, I always wanted to represent my country and my people with pride. I can’t wait to see many more little Aussie Spirits living out their dream one day.”