Autumn Storms: “I gave my entire body to play this sport” 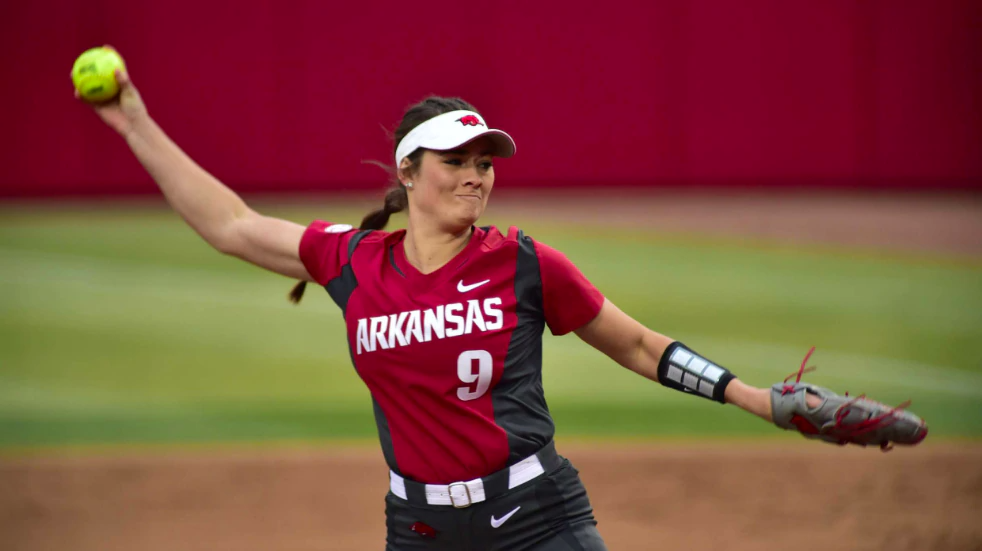 Former Arkansas pitcher Autumn Storms took to social media on Monday to respond to some apparent intrigue about injuries that she endured during the 2021 season.

Storms played her “super senior” season with the Razorbacks in ’21, collecting a 1.42 ERA in 83.2 innings of work. While opposing hitters hit just .199 against her on the year, Storms missed some time throughout the year and recorded fewer innings than anticipated. Entering the season, she was expected to form a top-level 1-2 punch with Mary Haff in the circle, but that knockout punch only appeared on a limited basis during the year.

On her Twitter account on Monday evening, Storms wrote in a series of tweets, “I have gotten a lot of questions post softball about what happened this last year with my injuries, I’m here to set it straight. My back had gotten stress reaction in my L4 vertebrae and a herniated disk. We tried so many different shots and procedures to help calm my neuropathy. The best thing I could do was rest. After I was feeling a little better we eased back into pitching. Even today I still have neuropathy, but that is besides the point. Going into the Georgia series I finally got to pitch again and felt something different in my arm.

“I ended up having a very small tear in my pec muscle of my pitching arm and had to take more time off. I know all in all I didn’t have the best year of anyone in the Razorback softball organization nor did I need to or have to justify my year this year, but just know that I gave my entire body to play this sport and I wouldn’t have had it any other way.”

During her career at Arkansas, Storms was a 2-time All-Region honoree (2017 and ’19) and was a Second Team All-American selection as a true junior in 2019. She ended her Hogs career with 53 wins in the circle and 391 career strikeouts.