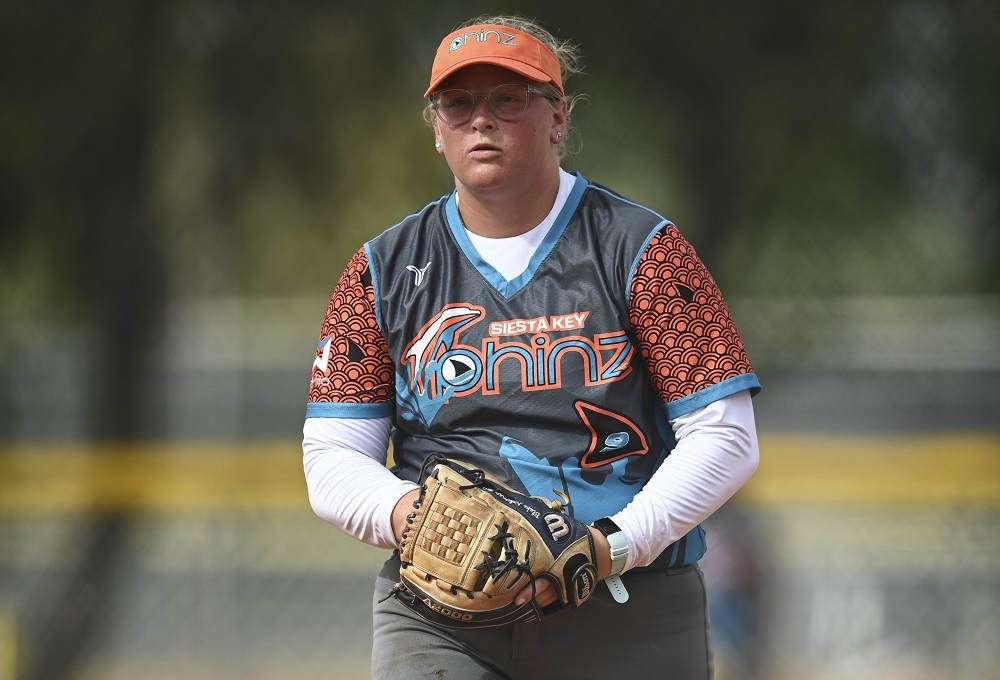 Blake Neleman found out about the Florida Gulf Coast League from some teammates who played in the league’s inaugural summer season in 2020. When she decided to play in the league this year, she had no idea that she would be a part of history.

Last week, Neleman recorded the first perfect game in the league’s brief two-year existence. In a run-rule victory over the Anna Maria Aquanauts, Neleman was stellar in the circle.

Going into the game, a lot of things were on Neleman’s mind, but perfection was not one of them. “It’s kind of a funny story, but I was actually nervous because my arm was hurting a little bit,” Neleman said in a phone interview. “Not hurting like I was hurt, but my arm was just a little bit sore. When I started warming up, I was like ‘oh dang’ so I was nervous about that. And I was also rushing around that morning so I ended up forgetting to eat breakfast and that made me nervous as well! Just kind of a weird, weird day.”

The weird day turned into a very, very good one for Neleman. A pitcher for Georgia Tech during the collegiate season, Neleman threw sixty-seven pitches in the 5-inning affair, with 51 going for strikes. While superstition says not to talk about a perfect game or no-hitter while the game is ongoing, the opposing team had something different in mind early on.

“In the second inning, I heard the other dugout saying something like ‘she’s throwing a no-hitter’ and I remember thinking to myself that it’s only the second inning,” Neleman said with a laugh. “And where they announce the games [for live streaming], you can kind-of hear them from the field… I think it was the second-to-last [batter of the game]whose at-bat was like fourteen pitches long because she kept fouling everything off… and I was like ‘I have to stick this one out now.'”

Asked to describe the biggest differences between playing the college season and playing collegiate summer ball, Neleman immediately described different endgames as a major positive. “I like both experiences, but I feel like it’s kind of the best of both worlds getting to play both, because I get to experience trying to make a postseason [at Georgia Tech]but I also get to just have fun and play softball on this side of it.”