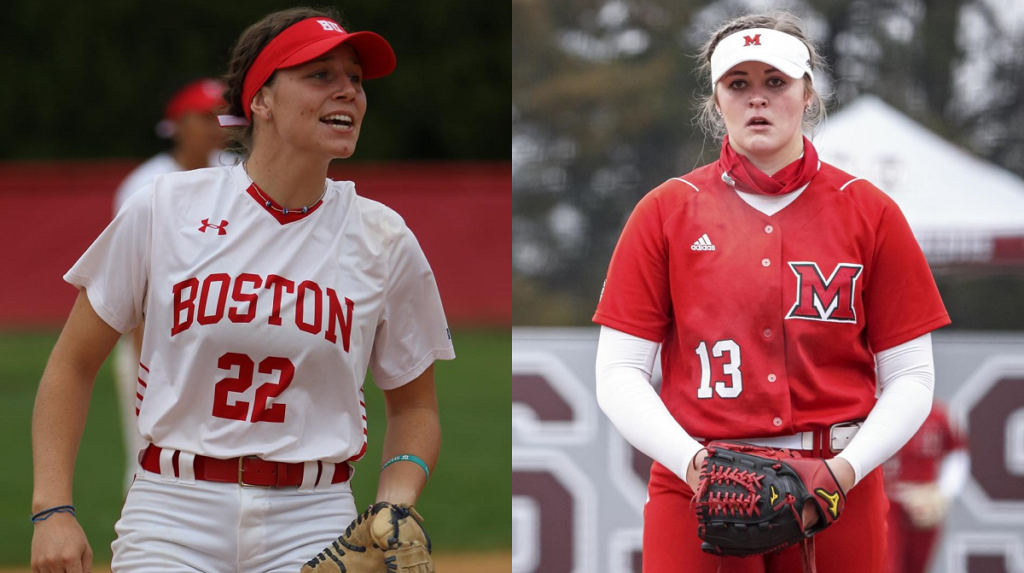 Boston University’s Caitlin Coker and Miami (Ohio) pitcher Courtney Vierstra have been named the JWOS Co-Players of the Week for their efforts during week 12 of the season.

It is the second consecutive week that the honor has been shared by two players.

Coker batted .769 during her team’s games this week, collecting ten hits with four of them going for extra bases. She hit three doubles and a triple, and recorded three RBIs. She also stole six bases and scored thirteen runs on the weekend. Her on-base percentage for the week was 786, and she tied a school record by scoring four runs in the series finale.

Vierstra posted a 5-0 win-loss record on the week, earning a pair of victories over Ball State and three wins against Bowling Green; all five victories came on the road for Vierstra and the Redhawks. Vierstra continued her hot streak that has stretched across the 2021 season by throwing her THIRD perfect game of the season on Sunday against Bowling Green. She held opposing hitters to a .177 average through the week, and recorded 28 strikeouts.

The honor is Coker’s first of the season, and is the second time Vierstra has earned the honor; she was also named the JWOS Player of the Week following week 9 of the season.