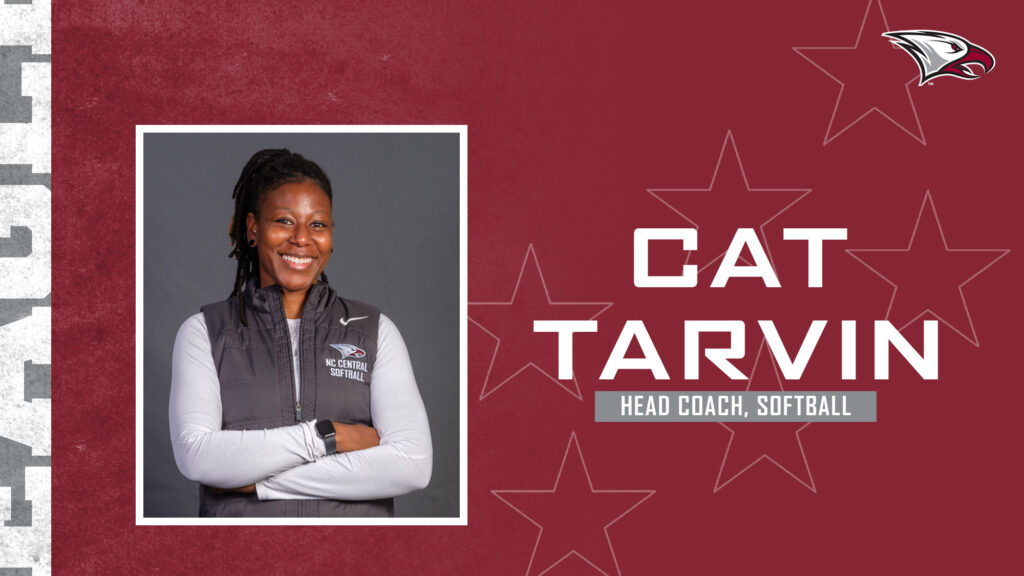 Tarvin spent the 2021 season as interim head coach and had previously been an assistant coach for the Eagles from 2017-2020.

“I am excited about Coach Tarvin’s appointment as NCCU head softball coach,” athletic director Ingrid Wicker McCree said in a statement. “She did an amazing job last year and displayed her ability to lead this group of talented young women. We look forward to more success for our softball program under her leadership.”

Despite a second-consecutive abbreviated season, Tarvin led the Eagles to a 9-7 showing in conference-only play and a runner-up finish in the MEAC conference tournament championship. It was the program’s first-ever appearance in the MEAC title game since joining the league in 2011.

Prior to beginning her tenure at NCCU, Tarvin spent one season on staff at Emory University and at the travel and high school levels. She played at Kennesaw State and Presbyterian, finishing her career as an all-conference honoree as a senior.