Rounding the Bases with Brittany Gray 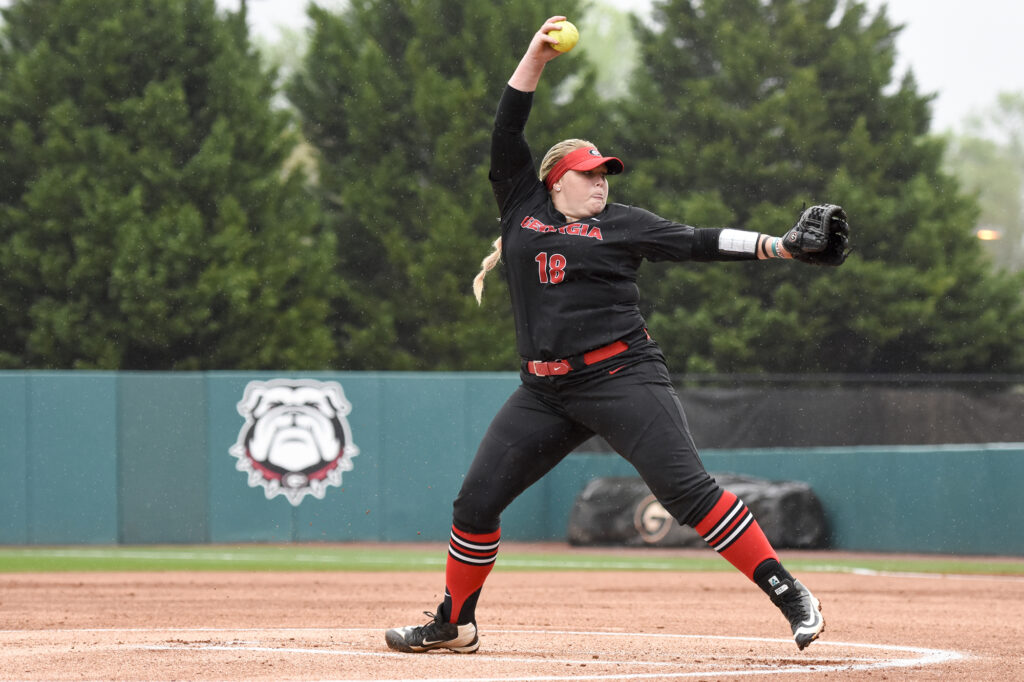 Not many people can say that they have branches on two different SEC coaching trees, but Brittany Gray is one who can.

During her playing career at Georgia, Gray was coached by legendary coach Lu Harris-Champer, and helped lead the Bulldogs to the Women’s College World Series in 2016 and 2018.

After her playing career ended, Gray spent two seasons on staff at Missouri, serving as a graduate manager under Larissa Anderson. She was part of a pair of history-making squads during her time in Columbia, including the 2020 Tigers team that turned heads with a hot start and the 2021 unit that earned a top-8 seed in the NCAA tournament and finished one win from the Women’s College World Series.

Earlier this summer, Gray was hired as an assistant coach at Indiana State and will now lead the Sycamores’ pitching staff. She recently stopped by to chat about beginning her full-time coaching career and the tips and tricks she’s already learned during her time in softball.

JWOS: When did you know that you wanted to pursue coaching as your career path?
Brittany Gray: When I first went to Georgia, I wanted to become a teacher. The thought of coaching crossed my mind around my junior year of college. I was coaching a travel ball team during the summer with my best friend and really loved teaching these kids the game of softball. Then my senior year of college after my injury, I said “I can’t walk away from the game like that.”  I asked Coach Lu if I could stay and help her for another year while I completed my degree. During that year, I learned that I loved coaching and wanted to do it.

JWOS: How does a postseason run as a manager/coach compare to a similar run as a player? Are they comparable, or are they entirely different experiences?
BG: Because I went through the postseason run as a player before a manager, I think that I knew a little bit on the insight of what they are going through. It is a lot of film, but mostly the same experience. Regardless of whether you’re a player or a manager, it is still an amazing experience.  When you are a part of a program, you become so invested in the program, you want them to succeed. You are so invested in your team’s success which it is your own and an experience that I wish every student-athlete could experience.

JWOS: Walk me through ‘manager life’ while you were at Mizzou – what were you able to glean from that stellar coaching staff that you expect to benefit you as a full-time coach?
BG: “Manager life” is so much different than a student-athlete life. As a manager, you’re doing the field set up and break down, film, and all the nitty-gritty stuff that happens behind the scenes that helps the program become who it is. I was able to be in the bullpen during practices and gain a lot of knowledge from Coach Anderson and Coach Marino.  During games, I spent a lot of time with Coach Malveaux learning how to pick hitters, to better me as a pitching coach. All these amazing experiences are what I am going to bring with me into Indiana State.

JWOS: What aspects of the Indiana State position intrigued you? What was the linchpin that made you say ‘yes’ to taking the job?
BG: Truly, the people who I am surrounded by, the blue collar people and work ethic. One of the first things that Coach Pooch said to me was, “I want to show that kids in the Midwest can be successful” and that is something I’ve been passionate about since in high school. My whole life I have been taught that you work for what you want and this University embodies every part of that.  I love the full circle moment of starting my softball career in Indiana and starting my coaching career in Indiana.

JWOS: When you embarked on your coaching career, was coaching close to home something that you had as a stated goal? How close is ISU to your hometown and your family?
BG: Staying close to home wasn’t necessary but it was a bonus for me. I love being able to go home whenever I get some free time. Family is very important to me and is a huge plus.

JWOS: Describe your coaching style. What do you see as your biggest strengths as a coach?
BG: Energetic, passionate and someone they can relate to. I have been in their shoes, not that long ago. I know the struggle of 6:00am workouts, coming to practice and throwing a full bullpen and then going to team practice later in the day, all while juggling school work and a social life.

JWOS: Let me paint a picture for you. If we’re doing this interview one year from now, what do you want to see happen in your first year at Indiana State that would let you sit back and say ‘this has been a successful year’?
BG: Personal growth for myself as a first time coach, getting to know what I do well and areas of improvement.  Winning the MVC tournament Championship this year is the goal. I want to see growth in stats from my pitchers from the previous year to a year from now.  Stats aren’t everything but they do tell a story.